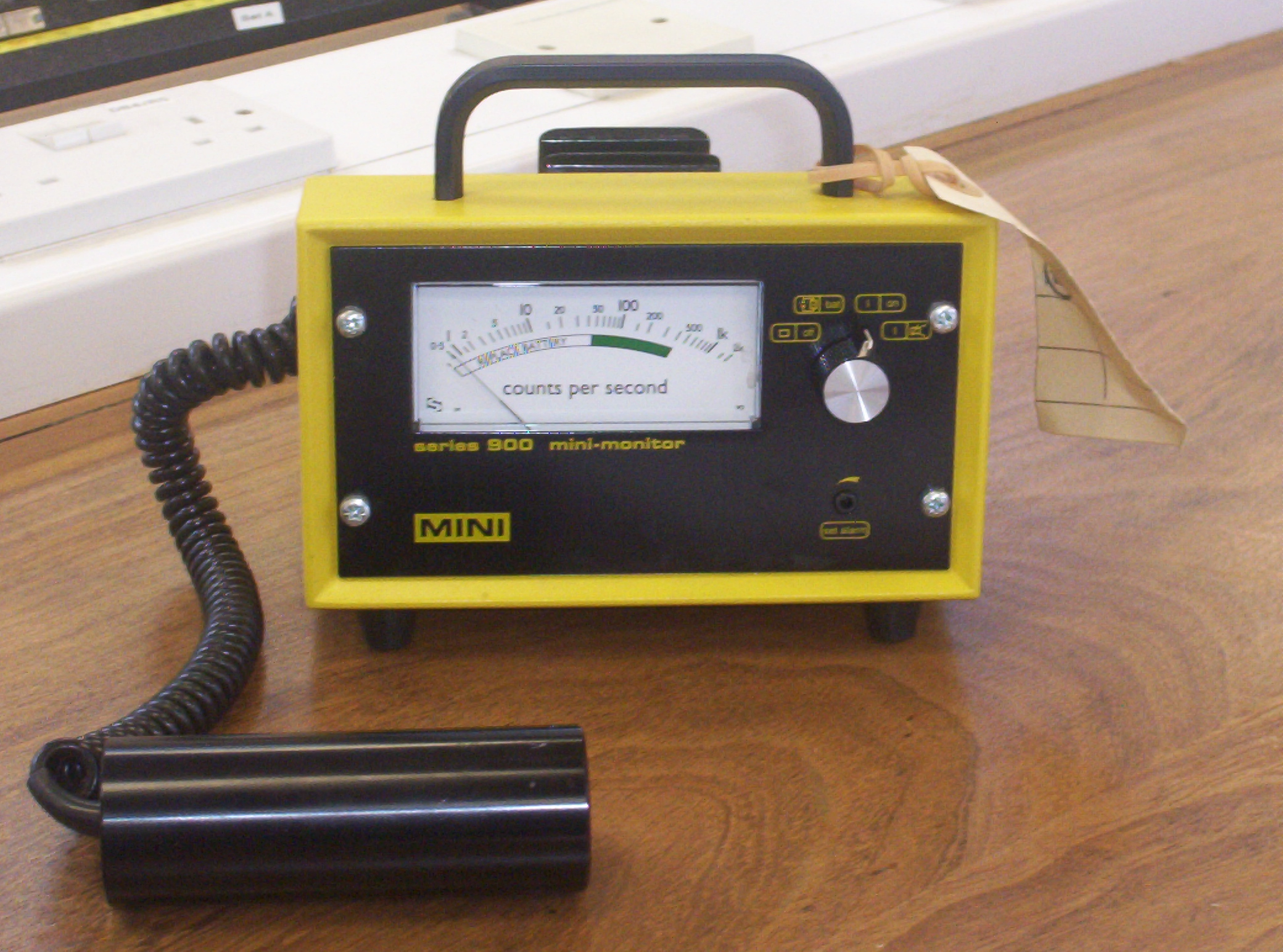 Geiger counters are used to detect , usually gamma and , but certain models can also detect . The sensor is a , an inert gas-filled tube (usually , or with s added) that briefly conducts electricity when a particle or of radiation temporarily makes the gas conductive. The tube amplifies this conduction by a cascade effect and outputs a current pulse, which is then often displayed by a needle or lamp and/or audible . Modern instruments can report radioactivity over several orders of magnitude. Some Geiger counters can also be used to detect , though sensitivity can be lower for high energy gamma radiation than with certain other types of detector, because the density of the gas in the device is usually low, allowing most high energy gamma photons to pass through undetected (lower energy photons are easier to detect, and are better absorbed by the detector. Examples of this are the Pancake Geiger Tube). A better device for detecting gamma rays is a . Good alpha and beta scintillation counters also exist, but Geiger detectors are still favored as general purpose alpha/beta/gamma portable contamination and dose rate instruments, due to their low cost and robustness. A variation of the Geiger tube is used to measure , where the gas used is Boron Trifluoride and a plastic moderator is used to slow the neutrons. This creates inside the detector and thus neutrons can be counted.

s. Some proportional counters can detect the position and or angle of the incident radiation as well. Other devices detecting radiation include:
,
s,
,
s and variants including CCDs,
s,
s, solid-state track detectors,
s,
s,
s,
neutron detectors and
microcalorimeters.

The Geiger-Müller counter has applications in the fields of , () and medical therapy with isotopes and x-rays. Some of the proportional counters have many internal wires and electrodes and are called multi-wire proportional counters or simply MWPCs. Radiation detectors have also been used extensively in nuclear physics, , , and in industry.

developed a device (that would later be called the "Geiger counter") in 1908 together with Ernest Rutherford. This counter was only capable of detecting alpha particles. In 1928, Geiger and (a PhD student of Geiger) improved the counter so that it could detect all kinds of ionizing radiation.

The current version of the "Geiger counter" is called the "halogen counter". It was invented in 1947 by (Phys. Rev. 72, 602–608 (1947)). It has superseded the earlier Geiger counter because of its much longer life. The devices also used a lower operating voltage.

http://www.national-radiation-instrument-catalog.com History of Portable Radiation Detection Instrumentation from the period 1920-1960