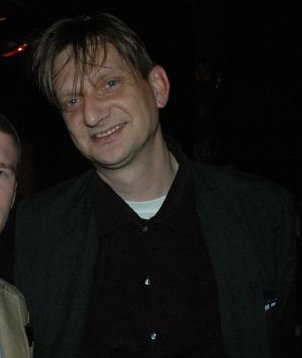 Andrew Orlowski (born ) is a British columnist for the online IT newspaper "".

In 1992, Orlowski started an alternative newspaper in , called "".

In , he coined the term to describe the potential for well-linked weblogs to obscure the original meaning of a controversial expression (e.g., "the ").

In , he was invited to assemble a panel on at 's . [ [http://cyber.law.harvard.edu/is2k4/session_descriptions#orlowski Mistakes Techno Utopians Make: Fantasy Politics and the Disappearing Social] December 2004] Orlowski argues that this form of utopianism distracts attention and diverts capital away from solving real infrastructure problems.

After making passing references since Wikipedia was announced in 2001, Orlowski first criticized in "The Register" in mid-2004,

By , several such articles were being published each week, with subject matter including the characterisation of Wikipedia's co-founder as a petty hypocrite and pornographer

Orlowski's comments indicate he believes Wikipedia is undergoverned (and thus of poor quality and morally hazardous) and unnecessary (in that "expensive databases" of information will become publicly accessible in the near future &mdash; "The good stuff will just come out of a computer network" &mdash; and well-capitalised enterprises will provide "much more attractive" alternatives

In a Guardian article [cite news|url=http://technology.guardian.co.uk/weekly/story/0,,1752257,00.html|title=A thirst for knowledge|publisher=The Guardian|author=Andrew Orlowski|date=|accessdate=2006-04-17] of , , Orlowski was the first journalist to draw attention to a then-new web site, , which is critical of Wikipedia.

Orlowski has produced numerous articles that attempt to cast doubt over the reality of , or .

* [http://www.theregister.com "The Register"]
** [http://search.theregister.co.uk/?q=wikipedia&advanced=1&psite=0&author=Andrew+Orlowski&date=&site=&results_per_page=20 Search for Orlowski articles at The Register that mention Wikipedia]