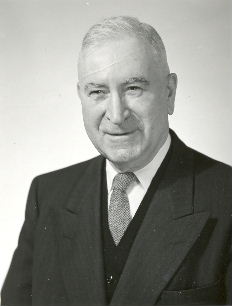 Arthur Allen Ohnimus (1893-1965) was the longest serving Assembly in California history (1923-1963). ["California's Legislature", 2006 Edition, E. Dotson Wilson, California Assembly, p.148, p.266. "See also", Footnote 1 regarding Ohnimus's 4-year hiatus. ] He was also the first of the Assembly Rules Committee (1957-1963). Ohnimus served under 8 Republican and 4 Democratic Speakers of the Assembly during his 37 cumulative years as Chief Clerk. The California Assembly honored the legacy of Arthur Ohnimus on April 1, 2008 when it adopted House Resolution 28. A 10-minute video tribute to Ohnimus was also produced by the Assembly and is now posted online, along with historic documents and informational brochures [http://www.assembly.ca.gov/clerk/Ohnimus/collection.html]

In California, the Chief Clerk is a nonpartisan officer of the Legislature, responsible for advising the presiding officer on parliamentary rulings, guiding legislators on legislative procedures, and overseeing the records and votes of the house. ["California's Legislature", 2006 Edition, E. Dotson Wilson, California Assembly, p.148.] Although Ohnimus was registered as a Republican, it was Democratic Speaker Gordon Garland that brought back Ohnimus in January 1941 after a four-year hiatus. In 1958, Ohnimus authored the book, "The Legislature of California." Ohnimus's years of Capitol service closely mirrored that of his colleague, , who served as Secretary of the upper house from 1913 to 1968.

Because the California Legislature was a part-time institution prior to 1967, Ohnimus also maintained full-time outside employment during most of his terms as : he served as Deputy for San Francisco (1924-1944); and Deputy (1944-1957).

Due to expanding legislative workloads, in 1957 he resigned as Deputy Attorney General to take on the dual legislative roles of of the Assembly "and" the newly created position of Chief Administrative Officer of the Assembly Rules Committee. As CAO, he was instrumental in creating the foundation for the modern legislative staff structure in the California Legislature. He created job classifications, salary ranges, and personnel manuals, and laid the groundwork for the transition to a full-time legislature. [ See House Resolution 28 (Nunez), adopted by the California Assembly on April 1, 2008. To view text of resolution, go to: http://leginfo.ca.gov/pub/07-08/bill/asm/ab_0001-0050/hr_28_bill_20080328_introduced.html California instituted the nation's first full-time state legislature in 1966. See Proposition 1(a), 1966 General Election, California Secretary of State.] He was routinely re-elected as Chief Clerk unanimously by Democratic and Republican members of the Assembly each year he sought office.

Ohnimus was born in the "south of the slot" neighborhood of San Francisco on , . [ "The El Doradan", p. 1, August 1927 edition. (Official newsletter of the El Dorado Parlor of the Native Sons of the Golden West).] He was the son of Louis Juan Ohnimus, who was the Superintendent of Woodward Gardens amusement park in San Francisco (circa 1880s) and later President of the San Francisco Civil Service Commission in 1902. [See list of Civil Service Commissioners at http://www.sfgov.org/site/civil_service_page.asp?id=38501 - 34k ] Arthur's mother was Grace D. Pierce, who was a famous San Francisco stage actress who was instrumental in the mayoral campaign of E.E. Schmitz in 1902. [ Louis Ohnimus died in office in April 1903. Mayor Schmitz was a pall bearer. "San Francisco Call", April 3, 1903; "San Francisco Chronicle", April 3, 1903, April 6, 1903, and April 9, 1903. Grace's background: "California and the Californians", Vol. 3, by Rockwell Hunt. Lewis Publishing: Chicago (1932). p. 488. ]

Arthur Ohnimus was raised in the Western Addition neighborhood and attended Hearst Grammar School and Sacred Heart College. [ "The El Doradan", op. cit. (footnote 6 above)] At age 21, Arthur began his long career at the State Capitol when he was appointed as a committee clerk in the in January 1915. ["Journal of the Assembly", Forty-First Session, 1915, p. 94.] During his time as a clerk in the Assembly, Ohnimus worked alongside fellow young aspiring clerks such as Earl Warren (later U.S. Chief Justice) and Arthur Samish (later a legendary lobbyist). [ See Assembly Journals, 1919-1921 sessions, online at http://www.assembly.ca.gov/clerk (click on publications archives) and also: "The Secret Boss of California", by Arthur Samish and Bob Thomas. Crown Publishers: NY. (1971) p. 27 ] Arthur's first known exploration into partisan politics was in 1916, when he campaigned for Progressive San Francisco Assembly Member Nick J. Prendergast. In subsequent years, he would also manage the campaign of S.F. District Attorney . [ Years later, Brady would eventually lose reelection to Edmund G. "Pat" Brown, who later became Governor.] Ohnimus later abandoned partisan politics in favor of nonpartisan clerk positions in the state Assembly.

In 1921, Ohnimus was elected Minute Clerk of the Assembly. It was also in June 1921 that he graduated with a law degree from (St. Ignatius would later be re-named ). He was President of the Native Sons of the Golden West "El Dorado Parlor" in San Francisco in the 1920s. He was admitted to the State Bar in March 1922. On January 8, 1923, Ohnimus was elected Chief Clerk of the Assembly for the Forty-Fifth Session. ["Journal of the Assembly", Forty-Fifth Session, 1923, p. 5.] He was reelected each session thereafter until his retirement in 1963 (with the exception of 1937-1940 when he did not seek election). [California Blue Book, 1961 Edition, Office of State Printing. ] In 1957, the Assembly Rules Committee appointed Ohnimus as the Assembly's first Chief Administrative Officer, making him the first full-time Assembly employee. [Proposition 14 was adopted in 1956 and authorized the Legislature to employ full-time staff for the first time. Text of Prop. 14 is at: http://library.uchastings.edu/library/Research%20Databases/CA%20Ballot%20Measures/ca_ballot_measures_main.htm#ballotprops ] During his years as Chief Clerk, Ohnimus oversaw the installation of the electronic voting system and public address system, and the evolution of the legislature from a weak, part-time body, to a stronger, more active "hybrid" institution, with career staff and more complex legislation.