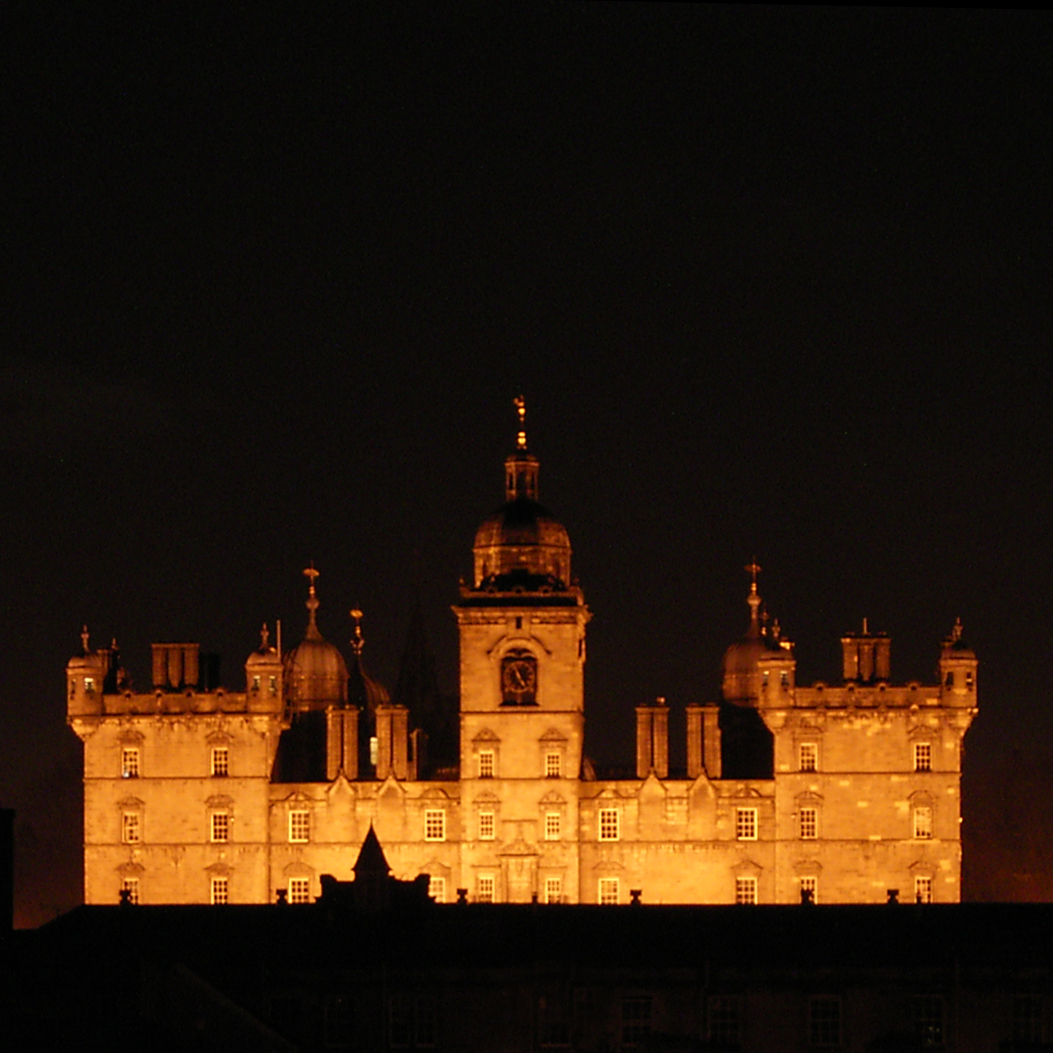 George Heriot's School is an independent primary and secondary on Lauriston Place in , , with around 1600 pupils. It was established in 1628 as George Heriot's Hospital, by bequest of the royal , and opened in 1659. It is sometimes referred to as a public school in common with the traditional independent schools in and , Fact|date=August 2008 although in Scotland, as in most of the English-speaking world, "public school" usually refers to a . ["", 2nd Ed., 1989, s.v. "Public school", available [http://dictionary.oed.com/cgi/entry/50191828?single=1&query_type=word&queryword=Public+school&first=1&max_to_show=10 here] .]

The school is a turreted building surrounding a large quadrangle, and built out of . The foundation stone is inscribed with the date 1628. The intricate decoration above each window is unique (with one paired exception - those on the ground floor either side of the now redundant central turret on the west side of the building). A statue of the founder can be found in a niche on the north side of the quadrangle.

The main building was also the first large building to be constructed outside the Edinburgh city walls. It sits next to Greyfriars Kirk, built in 1620, in open grounds in a fine position, overlooked by the Castle directly to the north. Parts of the city wall (the ) are still to be found serving as the walls of the school grounds. The grounds contain a selection of other buildings of varying age; these include a and a .

On his death in 1624, George Heriot left around 25,000 &ndash; equivalent to several tens of millions today &ndash; to found a "hospital" (then the name for this kind of charitable school) to care for the "puir, fatherless bairns" (Scots: "poor, fatherless children") of Edinburgh.

The construction of Heriot's Hospital (as it was first called) was begun in 1628, just outside the city walls of Edinburgh. It was completed just in time to be occupied by Oliver Cromwell's English forces during the invasion of Scotland during the Third English Civil War; the building was used as a , with horses stabled in the .

The hospital finally opened in 1659, with thirty pupils in residence; its finances grew, and it took in other pupils in addition to the s for whom it was intended. In the 1880s, it began to charge fees; however, to this day it serves its charitable object, providing free education to a sizable number of fatherless children, referred to as "foundationers". It was not all plain sailing, however, and in 1846 there was an insurrection in the hospital and fifty-two boys were dismissed. [ Gilbert, W.M., editor, "Edinburgh in the Nineteenth Century", Edinburgh, 1901: 116 ]

In 1837 the school founded ten "free schools" in Edinburgh, educating several thousand pupils across the city; these were closed in 1885. One of them, with a copy of several of the features of the original Lauriston Place building, is at the east end of the .

The school also provided funds for the establishment of an institution which later merged with the Watt Institution (named after ) in the 1870s to form Heriot-Watt College, a that became in 1966.

Pupils at the school belong to one of four houses:
* Lauriston (green, after the school's address, Lauriston Place; named after )
* Greyfriars (white, named after the adjacent , )
* Raeburn (red, after a famous former pupil, )
* Castle (blue, after to the north)

The school magazine is called the "Herioter". Published annually, this magazine contains sections for aspects of the school; including clubs and activities, work from pupils, articles on the drama productions of the year and a letter from the headmaster. The magazine is written by many contributors, generally pupil written articles about the clubs, and is designed and edited by 6th year pupils under the guidance of staff. The Junior School-specific Magazine is called the "Junior School Journal" (shortened to "JSJ"), which holds a cover competition for the pupils to take part in. There is also an annual school newspaper called "The Heriot Herald". In addition, there is a less formal internal online magazine written by the pupils themselves and aimed at their peers called "The Blazer", which can be accessed through the school's intranet.