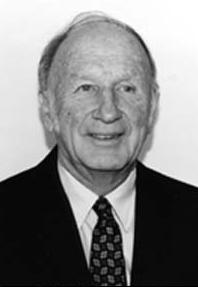 Edward Norton Lorenz (, &ndash; , [ [http://web.mit.edu/newsoffice/2008/obit-lorenz-0416.html Edward Lorenz, father of chaos theory and butterfly effect, dies at 90 - MIT News Office ] ] ) was an American and meteorologist, and a pioneer of . He discovered the strange attractor notion and coined the term "".

Lorenz was born in .

Lorenz built a of the way air moves around in the atmosphere. As Lorenz studied patterns he began to realize that they did not always change as predicted. Minute variations in the initial values of variables in his twelve variable model (c. 1960) would result in grossly divergent patterns. This sensitive dependence on initial conditions came to be known as the . [Term first recorded from Lorenz's Address at the Annual Meeting of the American Association for the Advancement of Science, in Washington, , .]

Lorenz went on to explore the underlying and published his conclusions in a seminal work titled "Deterministic Nonperiodic Flow", in which he described a relatively simple system of equations that resulted in a very complicated dynamical object now known as the .

He was awarded the in 1991 and cited for "profoundly [influencing] a wide range of basic sciences and brought about one of the most dramatic changes in mankind’s view of nature since Sir ." [cite news|url=http://www.nytimes.com/2008/04/17/us/17lorenz.html?_r=1&ref=us&oref=slogin |title=Edward N. Lorenz, a Meteorlogist and Father of Chaos Theory, Dies at 90 |publisher=NY Times |date=2008-04-16]

Lorenz continued to be active in his work well into his seventies, winning the for basic sciences, in the field of earth and planetary sciences, in 1991. [ [http://www.reuters.com/article/newsOne/idUSN1632944820080416 Edward Lorenz, father of chaos theory, dead at 90 | U.S. | Reuters ] ] In his later years, he lived in . He was an avid outdoorsman, who enjoyed hiking, climbing, and cross-country skiing. He kept up with these pursuits until very late in his life, and managed to continue most of his regular activities until only a few weeks before his death. According to his daughter, Cheryl Lorenz, Lorenz had "finished a paper a week ago with a colleague." [ [http://www.nytimes.com/2008/04/17/us/17lorenz.html?ref=us Edward N. Lorenz, a Meteorologist and a Father of Chaos Theory, Dies at 90 - New York Times ] ] On , , Lorenz died at his home in Cambridge at the age of 90, having suffered from . [ [http://edition.cnn.com/2008/TECH/04/16/lorenz.obit.ap/?iref=hpmostpop Edward Lorenz, father of chaos theory, dies at age 90 - CNN.com ] ]

at MIT since 1981, Lorenz has received many awards for his work, including: