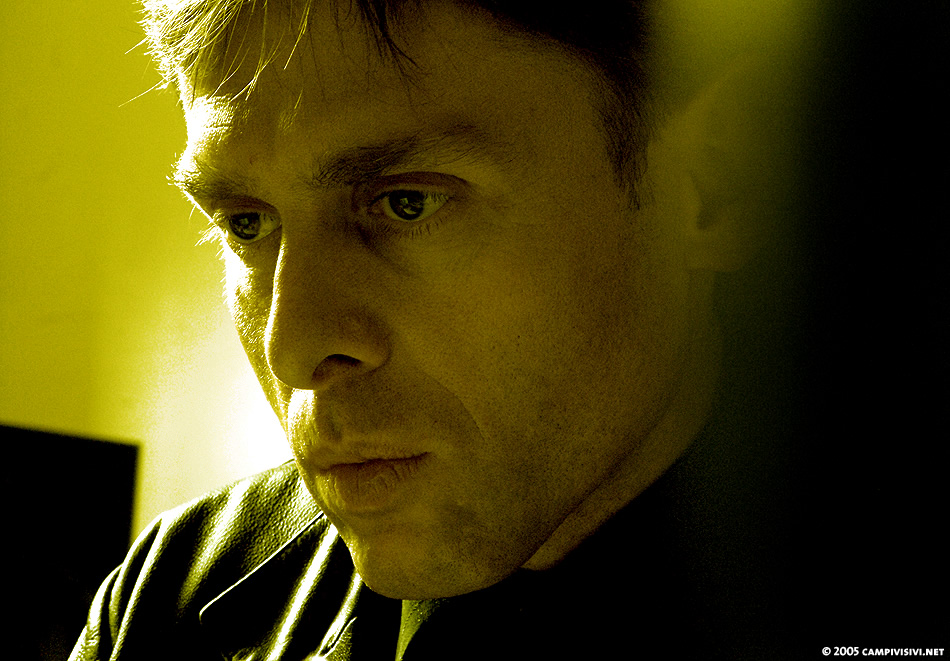 A pioneer in the use of digital technologies and telecommunication systems in art, particularly interested in as a meeting point of languages, he wrote, composed and directed since 1985 about 25 music-theatre works presented worldwide [ [http://www.giardini.sm/theatre.htm spettacoli / performing arts ] ] . He composed music for acoustical ensembles, electronics, voices and a large number of innovative radioworks produced by European broadcasting corporations. [ [http://www.giardini.sm/oradio.htm Opere radiofoniche, Radioworks, Hörspiele, and Telematic Radio Projects ] ] Parallel to his musical work there is a body of films and videos regularly presented in international festivals [ [http://www.giardini.sm/cinema Roberto Paci Dalò : Films & Documentaries ] ] [ [http://www.imdb.com/name/nm2327955/bio Roberto Paci Dalò - Biography ] ] . His dramaturgical materials are frequently re-composed in sound and video installations – often site specific and interactive – presented in museums, galleries, and the public space. [ [http://www.giardini.sm/installa.htm roberto paci dalò ||| shows & installations 1982-2006 ] ]

Roberto Paci Dalò'has developed a multi-layered language out of his background in sound and visual arts, which combines the spoken language with body and architecture. The use of new technologies in combination with an analysis on classical tragic drama, makes his productions innovative in the way he combines on stage classicity and modernity.

As performer he developed extended techniques on the and with electronics and sampler. His performances range from solo to electro-acoustical ensembles and improvised music projects in collaboration with other artists. His interest in traditional cultures brought him into explorations and field researches through the Mediterranean, Eastern Europe, Balcans and the North West European islands.

Paci Dalò is collecting soundscapes since the beginning of the 80's. His interest in urban spaces brought him to the creation of a corpus of sound and visual work based on this research. Some of this activity is documented on-line in the permanent website Atlas Linz (since 1998) created in collaboration with the . The site is conceived as an open net space devoted to urban explorations and interventions. [http://www.aec.at/residence/atlas] His urban explorations are a fundamental aspect in his work.

In 1993 he “invented” the Publiphono a project – based on the public address system of the Rimini beach – used to created environmental audio performance along 15 km of the coast. Several artists were commissioned to produce pieces for it.

In 1994 with and Barbara Bloom he has been invited to the project “Bildende Kunst auf dem Theater” at Hebbel-Theater Berlin. In 1995 the premiered at the Vienna Opera House his composition Nodas.

In 1997 he created Trance Bakxai, a sort of artist's inspired by . This project has been presented several times in industrial archeology venues. [ [http://giardini.sm/projects/bakxai BAKXAI ] ]

In 2001 he staged the performance work Metamorfosi created through a one month film scanning of the Palazzo della Civiltà Italiana in Roma EUR: the modernist icon from [ [http://giardini.sm/projects/metamorfosi Metamorfosi ] ] . The performance became then a film which has been part of the official selection of the 54th . In the same year he presented the film RAX, dedicated to the artist Robert Adrian X [ [http://giardini.sm/projects/rax RAX a video Roberto Paci Dalo' ] ] , at the Kunsthalle.

Recent works include a series of projects based on 's texts: Greuelmärchen - sound/video installation (Internationale Heiner Müller Gesellschaft, Berlin), Schwarzes Licht, Roter Schnee. [ [http://giardini.sm/greuelmaerchen Greuelmaerchen ] ] In 2006 he created the music-theatre production Organo magico organo laico featuring and Icarus musicians at the REC Festival (Teatro Valli, ) [ [http://giardini.sm/organolaico/ ORGANO LAICO > home ] ] . In the same year he created the music-theatre work Cenere after texts by and (Teatro Comunale di Monfalcone). [ [http://giardini.sm/projects/cenere cenere > home ] ] In 2007 he has presented his solo exhibition City Works - urban explorations and interventions in the cities of , , , , , , - at the Gallery SESV (University of - Department of Architecture) [ [http://giardini.sm/projects/cityworks/ ::: C I T Y W O R K S ::: ] ] . In the same year he presented his solo exhibition Sparks (site-specific installation and drawings on paper) at the contemporary arts centre Palazzo delle Papesse [ [http://giardini.sm/projects/sparks/ S P A R K S ] ] and the videoinstallation Shadows at Studio Zero, the exhibition space of Duomo Hotel created by in Rimini [ [http://giardini.sm/projects/shadows/ ::: S H A D O W S ::: ] ] . In the same year he presented a triple project at the Festival in Linz. In that occasion he performed Napoli (the historical work created in 1993 and already presented in Linz in 1995). Napoli is an immersive multi-channel sound portrait of the Italian city. Within the festival he premiered the film IMA Fiction #3 [ [http://www.ima.or.at/?page_id=483&language=en ima.or.at » portrait #3 07 ] ] (a portrait of the seminal figure in radio and telecommunication world) and the latpop performance Elektra.

As curator, he created in 1990 the non-profit organization Amici della Musica Rimini. Between 1991 and 1998 he created and curated in Rimini the International radio + art festival LADA L’Arte dell'Ascolto. In the frame of the festival several projects were created and some of them are still reference for today's art & technology's activities. He brought to Rimini artists like , , Llorenç Barber, Soldier String Quartet, , , Rupert Huber (Tosca), Sam Auinger, Hannes Strobl, Tibor Szemzo a.o. [http://www.giardini.sm/lada]

Since 1990 curator and co-ordinator of international projects based on telecommunication systems and the Internet as working places (i.e. trustee of the Mediterranean network of Horizontal Radio, Ars Electronica 1995; Rivers & Bridges).In 1994 creation the Giardini Pensili Web Site (www.giardini.sm).In 1995 creation of Radio Lada - web art radio. Between 1999 and 2001 curator of Itaca - the electronic stage of the Teatro di Roma - working together with Mario Martone.Co-curator of the project Aria-Net (Marseille, , Rimini, Vienna).In 2000 he curated — invited by RAI — part of the Radio and Internet programme within the (Bologna-Rimini).In 2004 he created the label LADA L’Arte dell’Ascolto devoted to electronics, spoken words, soundscape and urban explorations.Since 2006 artistic director of the contemporary arts centre Velvet Factory (Rimini).

He was awarded the Prix Ars Electronica Award of Distinction for Interactive Arts in 1994 and 1999.Recipient of the des DAAD Fellowship in 1993-94.

“Roberto Paci Dalò's concert at the Experimental Intermedia (NYC) was a surprise and a pleasure for me. His attention to details is exactly what we need right now. The concert was a wonderful example in the nuances intonation and in the representation of the clarinet as a solo instrument and in the joining of music to words”.""

"...if the new multimedia is going anywhere at all, Paci Dalò's "Animalie" is leading the way, a truly great show!!!!""

"I enjoyed your music very much and wish you great success in your future projects. With best regards and much respect".""

Contemporary Arts Centre. A large scale creation lab and a residence place in Rimini. From sound to cinema (with a particular attention on documentary, animation and live cinema), passing through performing arts (dance, music, theatre), radio, visual arts, design, architecture, words, fashion, philosophy. For a culture of the creative city and the cultural district, mixed media and project culture, dramaturgy, contemporary arts’ language and electronics within a Time Based Arts approach. Velvet Factory it's multidisciplinary space, which allows a daily work, open to both well-known artists and young talented artists. Within the project operates the Velvet-Lab think-tank and creative studio.