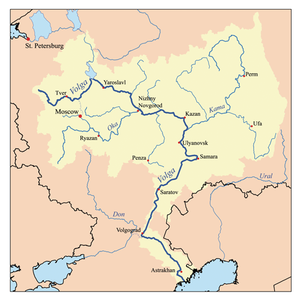 In modern Russian Federation, the Volga Region is associated with the Volga Federal District and Volga economic region (rather different entities).