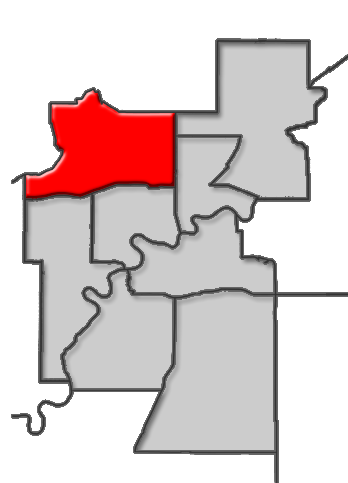 Edmonton—St. Albert is a federal electoral district in , , that has been represented in the since 2004.

The riding includes the city of St. Albert and the neighbourhoods of Elsinore, Baturyn, Canossa, Lorelei, Beaumaris, , Oxford, , Carlisle, Caernarvon, , Cumberland, The Palisades, Pembina, , Wellington, Athlone, Kensington, Calder, Rosslyn and Lauderdale in the City of Edmonton.

The electoral district was created in 2003 from , St. Albert , and a small part of ridings.

This riding has elected the following :

Its Member of Parliament is , a former accountant. He was first elected to Parliament in the 1993 election. He represents the . In the last parliamentary session he served as the chair of the 'Standing Committee on Public Accounts' and vice-chair of the 'Subcommittee on Committee Budgets of the Liaison Committee'. He has announced that he will not be running in the next election. [http://www.cbc.ca/canada/edmonton/story/2006/08/10/williams-retires.html] .