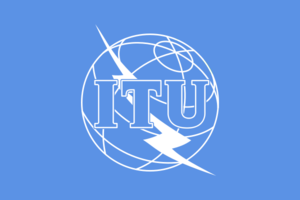 The International Telecommunication Union is an established to standardize and regulate international radio and s. It was founded as the "International Telegraph Union" in on , . Its main tasks include , allocation of the spectrum, and organizing interconnection arrangements between different countries to allow international phone calls — in which regard it performs for telecommunications a similar function to what the performs for postal services. It is one of the specialized agencies of the , and has its headquarters in , , next to the main United Nations campus.

The ITU is made up of three sectors:

A permanent General Secretariat, headed by the Secretary General, manages the day-to-day work of the Union and its sectors.

The ITU is headed by a Secretary-General, who is elected to a four-year term by the member states at the .

At the 17th Plenipotentiary Conference (2006) in , , the ITU's Member States elected Dr. of as Secretary-General of the Union. [ [http://www.cellular-news.com/story/20373.php Report on election of Toure] ]

Directors and Secretaries-general of ITU

The s that are produced by the ITU are referred to as "Recommendations" (with the word ordinarily capitalized to distinguish its meaning from the ordinary sense of the word). Due to its longevity as an international organization and its status as a specialized agency of the United Nations, standards promulgated by the ITU carry a higher degree of formal international recognition than those of most other organizations that publish technical specifications of a similar form.

The work of the ITU is conducted by its "members". As part of the United Nations structure, a country can be a member, in which case it is referred to as a "Member State". Companies and other such organizations can hold other classes of membership referred to as "Sector Member" or "Associate" status. As of September 2007 there were 191 Member States and more than 700 Sector Members and Associates. [http://www.itu.int/net/home/index.aspx ITU Membership Information and access to membership list]

Sector and Associate memberships enable direct participation by a company in the development of standards (something not allowed in some other standards bodies such as ISO, where formal ballots are processed by a single entity per country and companies participate only indirectly through national delegations). Various parts of the ITU also maintain "liaison relationships" with other organizations.

Members are almost all of the UN members plus the . Only and are not participating. Other entities not represented are the and Taiwan, although the is granted non-voting observer status [Resolution 99, "Status of Palestine in ITU", ITU Plenipotentiary Conference, Minneapolis, 1998] .

The ITU decides matters between states and private organizations through an extensive series of working parties, study groups, regional meetings, and world meetings.

World Summit on the Information Society

The ITU was the lead organizing agency of the World Summit on the Information Society (WSIS) [ [http://www.itu.int/wsis World Summit on the Information Society: Redirect ] ] , a United Nations summit aiming at bridging the digital divide and turning it into digital opportunity for all. WSIS provided a global forum on the theme of ICTs (Information and Communication Technologies) for development, involving for the first time all stakeholders - governments, international organizations, civil society and business. WSIS was a pledge for building a people-centered development-oriented Information Society. Other big themes of the Summit were Internet governance and Financial mechanisms for meeting the challenges of ICTs for development.

The idea of holding WSIS came from the Tunisian President Ben Ali on the ITU Plenipotentiary Conference in Minneapolis in 1998. The process was launched late in 2002 on the initiative of . The first phase of the WSIS summit took place in December 2003 in and the second and final phase took place in in November 2005.