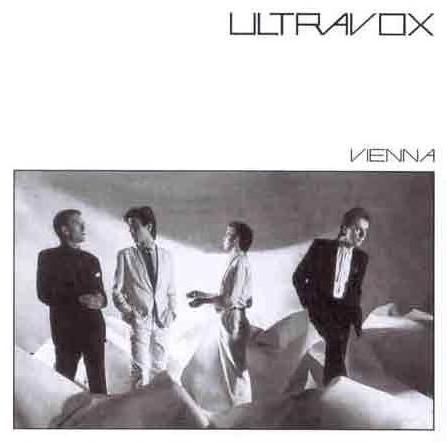 "Vienna" is the fourth studio LP by the band , first released on . The album peaked at #3 in the UK charts and was the first Ultravox release to enter the UK top ten.

For "Vienna", the band decided to once again work with renowned producer as they did on their previous album . The tracks were mixed at Plank's studio near , .

This release signalled a change in direction for Ultravox, being the first album with as frontman and also the first to be released under . Many different styles are in use on the album; "Astradyne" is a long instrumental featuring sweeping, majestic synthesizer arrangements throughout, while "Mr. X" is a much more sparse and simplistic affair. The lyrics to the album's songs were mainly written between Ure and drummer , who also takes a rare lead vocal on "Mr. X".

The album was remastered and re-issued on CD in 2000 under the EMI Gold label. This release also includes a selection of b-sides from the album's singles as bonus tracks and the music video for the "Vienna" single.

The definitive version of the Vienna album (released Sept 22nd 2008) is a double remastered CD including rare and previously unreleased tracks on the 2nd CD.

Four singles were released from the album from 1980 to 1981, the most prominent one being the title track which hit #2 in the UK charts.

The album was certified Platinum by the BPI on February 9th, 1981. [ [http://www.bpi.co.uk/platinum/platinumright.asp?rq=search_plat&r_id=25567 Platinum Awards Content ] ]