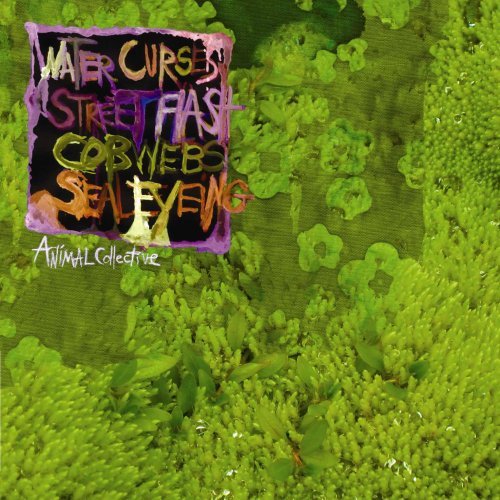 "Water Curses" is an by released in May 2008 on . 12" vinyl format was released on June 3rd. The first three tracks were recorded during the band's sessions in January 2007 and were produced by . The EP's fourth and final track, "Seal Eyeing", was recorded at ' Rare Book Room Studio in Brooklyn, New York. Vernhes was also charged with the mixing duties for all four tracks. According to a press release issued by the band, "Water Curses" "find [s] Animal Collective exploring strange new waters." [cite web|url=http://www.pitchforkmedia.com/page/news/48985-animal-collective-announce-iwater-cursesi-ep|title=Animal Collective Announce "Water Curses" EP]

"All four tracks have a more stripped down feel than their recent work on Strawbery Jam [sic] . Opener 'Water Curses' mixes mixing carousel and calypso throwing unexpected rhythm up, down and sideways to produce the sound of a smile.

And 'Street Flash' is nearly seven minutes of spaced out hollers, electronics and lullabies that sounds like it's made of honey.

'Cobwebs' is equally languid. Weaving itself around a defiant vocal mantra "I’m not going underground" and boosters of Gospel organ sounds like it's imagining some new kind of space church for Al Green to conduct weddings until it slowly fades away into a sticky ether.

The EP's final track takes the celestial feel into even more blissed-out states. 'Seal Eyeing' is the moment you realise watching vapour trails melt into the sky is not only the most constructive thing you can do, but the only real option that’s left." [cite web|url=http://www.dominorecordco.com/site/?page=news&artistID=236|title=Domino: News"]

Purchase of the vinyl version comes with a and download.