Clocking Out Is For Suckers

Clocking Out Is For Suckers 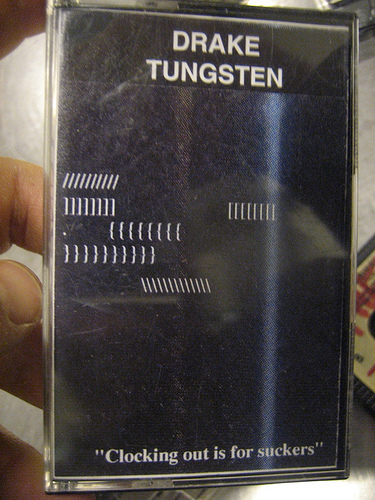 *"Let Me Roll It" is a cover from "".
*"Interview 1" was between Britt and his little brother, who was 7 years old.
*"Do the Manta Ray" is an instrumental Pixies cover of "Dancing the Manta Ray", which appears as a on the "" single.
*"Secrets" was originally written by .
*Different versions of "Chicago at Night" later appear on "" and also on Spoon's third LP, "".
*Different versions of "I Could Be Underground" later appear on "Six Pence for the Sauces" and on Spoon's "" EP.
*"All the Negatives Have Been Destroyed", "Dismember", and "I Wanted To Be Your Friend" all appear later on Spoon's "".