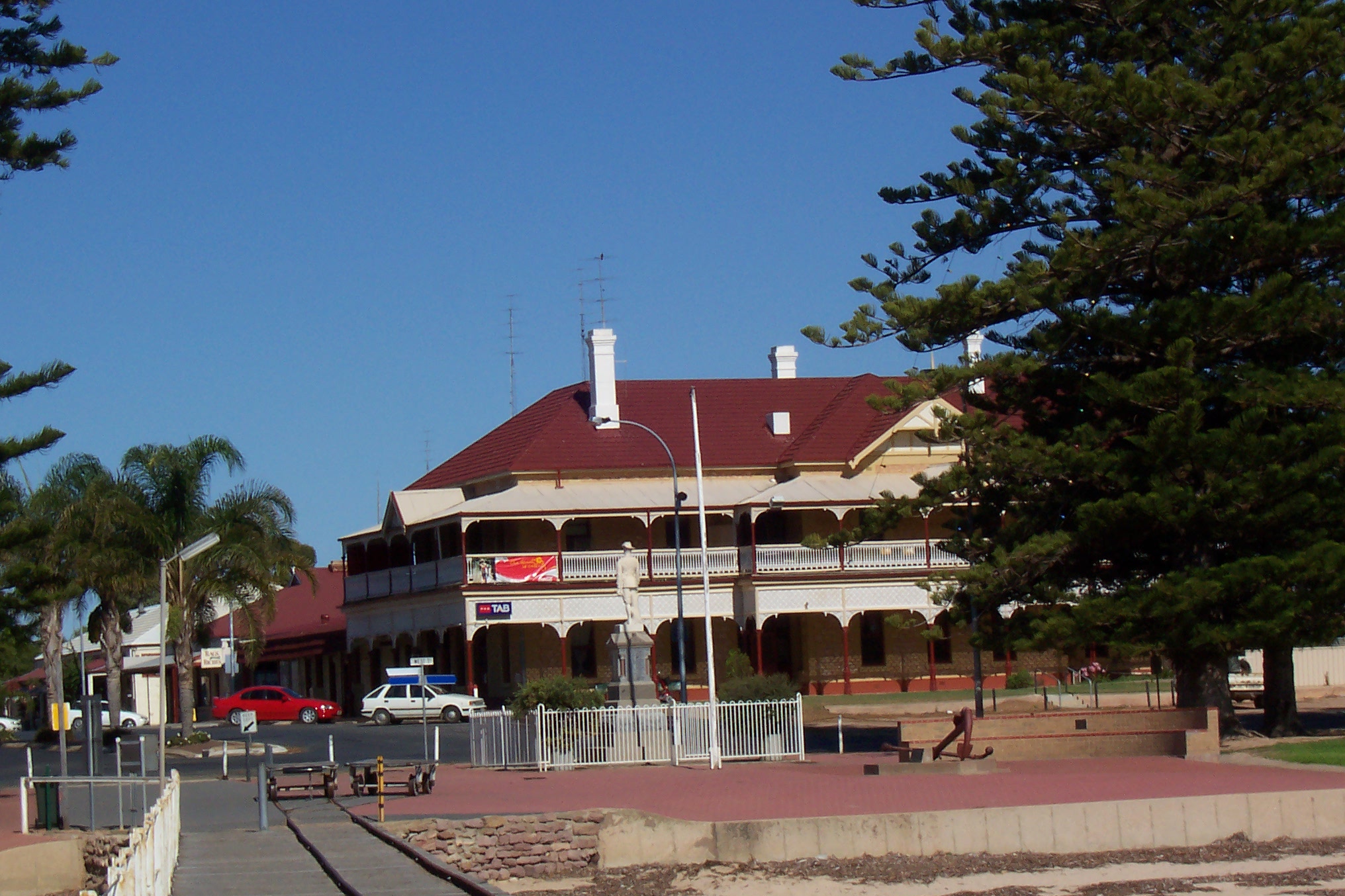 Port Broughton is a small n town located on the on the east coast of . It is situated about 170 km north west of Adelaide, and 56 km south of Port Pirie

The close proximity (two hours drive from Adelaide) makes it a popular tourist destination, with the number of people in town swelling to over 4000 in the summer holidays.

The land around Port Broughton was initially used for , however the local conditions were unsuitable and the land was divided up into lots and sold.

Port Broughton was surveyed in 1871 to service the surrounding and growers on the recommendation of Captain Henry Dale. It is on a sheltered inlet called Mundoora Arm Inlet at the extreme northern end of . The town is named after the (named by after William Broughton, the first bishop of Australia) which flows into the gulf a few kilometres further north.

Built in 1876, the 'T'-shaped jetty was serviced by a railway line from Mundoora, 16 km inland and uphill. The railway, officially opened on 11 March, 1876, brought the grain down to the port. Horses were used to tow the empty wagons uphill, but they were sent downhill powered only by gravity, with a driver to operate the brakes. The passenger service ceased on 17 September, 1925, but the grain traffic continued. During January, 1926, a Fordson rail tractor displaced the animal power. From 1931, the railways contracted out the service to a private operator. The service ceased altogether on 3 August, 1942, but the tractor continued to shunt wheat wagons between the station yard and the jetty until moved elsewhere. es carried the grain from the jetty 8 kilometres out into the gulf where the larger s were anchored to carry the grain back to . The windjammers ceased to call in 1949. ["The Rise and Fall of the Port Broughton Line" Callaghan, W.H.Australian Railway Historical Society Bulletin, August, 2003 pp283-289]

Port Broughton has now come to support a ing fleet, and has become a popular holiday destination.

Lying on the eastern side of , Port Broughton's coastline is relatively protected, resulting in large expanses of shallow water and es, and vast areas of that flank the inlet on which the town is built. The small town of lies 5km north of Port Broughton and has much the same coastal features. The Broughton River lies further north toward , where its is located. Further inland, most of the land is fairly featureless farming country, with only fragments of the original remaining.

Since its establishment, Port Broughton's has largely been driven , in particular crops. is also an important part of the economy, with scalefish and Blue Swimmer Crabs accounting for much of the catch.

Like many towns on the , Port Broughton is a prime destination, with activities such as fishing, and a variety of being popular. The town has a boat ramp for such activities. The town has two and a number of units, as well as a motel. Nearby Fisherman's Bay has many s belonging to holiday-makers, as well as its own small boat ramp.

The town has a number of sporting clubs including Football, and clubs.

Port Broughton is the seat of the . The mayor currently is Dean Dolling. It is in the state and the federal .