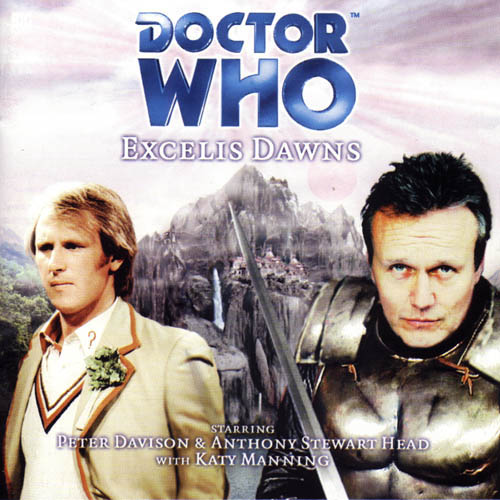 "Excelis Dawns" is a audio drama based on the long-running British science fiction television series "". It is part of the Excelis trilogy which continues in "" and "". The events are also connected to the audio drama "".

The Fifth Doctor arrives on the planet Artaris, where he and become entangled with the search for the Holy Relic.

#This story is set during the last episode of "", after the Doctor has dropped the Gravis off on Kolkokron but before his return to Frontios.
#Katy Manning, who plays Iris Wildthyme in this story, previously played the 's companion, , for three seasons between 1971 and 1973.