Comedy Central Sweden is a television channel owned by MTV Networks Europe, broadcasting to Sweden. MTV Networks have said that the channel will feature both original Swedish productions made for the channel and imported content.[2] 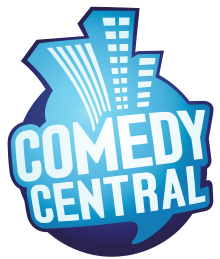 The channel launched on January 1, 2009, opening with an episode of South Park and the Comedy Central Roast of Pamela Anderson. During its first month, the channel launched on Boxer, Canal Digital, Com Hem, Tele2, Telia Digital-tv, SPA, Borderlight and IP Sweden.[4] The channel will be added to the Viasat platform on September 1, 2009.[5]

On October 5, 2010, The Daily Show premiered on Comedy Central in Sweden, having previously been broadcast on Canal+ and Kanal 9.[6] The show is broadcast at 7 p.m. Swedish time, only 14 hours after its original U.S. broadcast, and then repeated at 11.05 p.m. This is unusually fast as American talk shows are normally shown with a one week delay in Sweden.