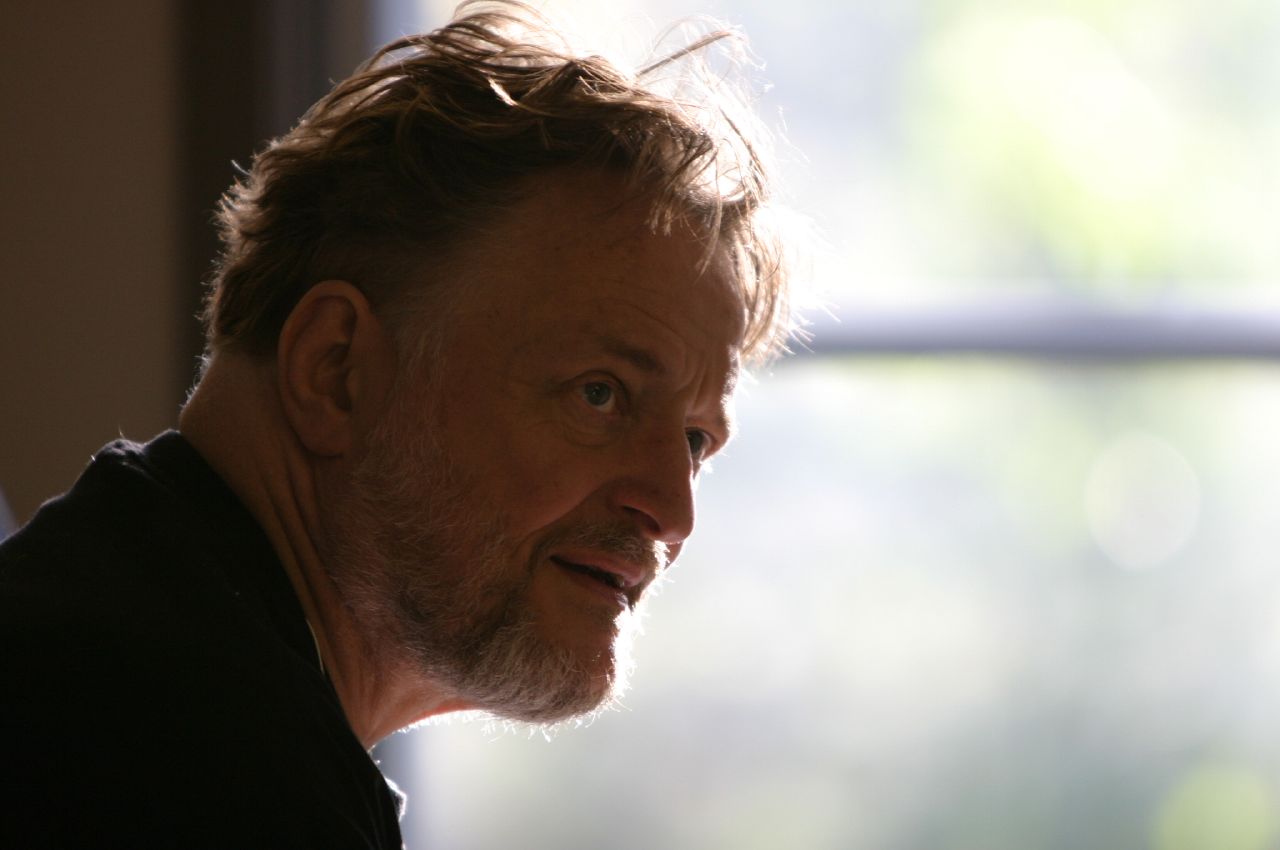 John Horton Conway (born , , , ) is a prolific mathematician active in the theory of finite groups, , , and . He has also contributed to many branches of , notably the invention of the Game of Life (the , not the ).

Conway is currently professor of mathematics at . He studied at Cambridge, where he started research under . He has an of one. He received the Berwick Prize (1971) [ [http://www.lms.ac.uk/activities/prizes_com/pastwinners.html#berwick LMS Prizewinners] ] , was elected a (1981) [ [http://www.royalsoc.ac.uk/page.asp?id=1727 List of Royal Society Fellows] ] , and was the first recipient of the (1987). [ [http://www.lms.ac.uk/activities/prizes_com/pastwinners.html#berwick LMS Prizewinners] ]

Conway's parents were Agnes Boyce and Cyril Horton Conway. John had two older sisters, Sylvia and Joan. Cyril Conway was a chemistry laboratory assistant. John became interested in mathematics at a very early age and his mother Agnes recalled that he could recite the powers of two when aged four years. John's young years were difficult for he grew up in Britain at a time of wartime shortages. At primary school John was outstanding and he topped almost every class. At the age of eleven his ambition was to become a mathematician.

After leaving secondary school, Conway entered to study mathematics. He was awarded his BA in 1959 and began to undertake research in number theory supervised by . Having solved the open problem posed by Davenport on writing numbers as the sums of fifth powers, Conway began to become interested in infinite ordinals. It appears that his interest in games began during his years studying at Cambridge, where he became an avid backgammon player spending hours playing the game in the common room. He was awarded his doctorate in 1964 and was appointed as Lecturer in Study at the .

He left Cambridge in 1986 to take up the appointment to the Chair of Mathematics at . He is also a regular visitor at and [http://www.mathpath.org] , summer math programs for high schoolers and middle schoolers, respectively.

Conway resides in Princeton, New Jersey, United States with his wife and youngest son. He has six other children from his two previous marriages, three grandchildren, and two great-grandchildren.Fact confirmed by wife.

Among amateur mathematicians, he is perhaps most widely known for his contributions to , a theory of s. This he developed with and .

He is also one of the inventors of sprouts, as well as philosopher's football. He developed detailed analyses of many other games and puzzles, such as the , , and . He came up with the Angel problem, which was solved in 2006.

He invented a new system of numbers, the , which are closely related to certain games and have been the subject of a mathematical novel by . He also invented a nomenclature for exceedingly s, the .

He is also known for the invention of the Game of Life, one of the early and still celebrated examples of a .

In the mid-1960s with Michael Guy, son of , he established that there are sixty-four convex uniform polychora excluding two infinite sets of prismatic forms. Conway has also suggested a system of notation dedicated to describing called .

Conway's approach to computing the of knot theory involved s, by a variant now called the Alexander-Conway polynomial. After lying dormant for more than a decade, this concept became central to work in the 1980s on the novel s. Conway further developed and invented a system of notation for tabulating knots, while completing the knot tables up to 10 crossings.

He worked on the and discovered the s. He was the primary author of the "Atlas of Finite Groups" giving properties of many finite simple groups. He with collaborators constructed the first concrete representations of some of the s.

With he formulated the complex of conjectures relating the with s, which was christened by them.

He proved the conjecture by that every integer could be written as the sum of 37 numbers, each raised to the fifth power.

He has also done work in algebra particularly with s.

For , he invented the . The algorithm is simple enough for anyone with basic arithmetic ability to do the calculations mentally. Conway can usually give the correct answer in under two seconds. To improve his speed, he practices his calendrical calculations on his computer, which is programmed to quiz him with random dates every time he logs on. One of his early books was on s.

In 2004, Conway and , another Princeton mathematician, proved the , a startling version of the No Hidden Variables principle of . It states that given certain conditions, if an experimenter can freely decide what quantities to measure in a particular experiment, then elementary particles must be free to choose their spins in order to make the measurements consistent with physical law. In Conway's provocative wording: "if experimenters have , then so do elementary particles".

He has (co-)written several books including the "Atlas of Finite Groups", "Regular Algebra and Finite Machines", "Sphere Packings, Lattices and Groups", "The Sensual (Quadratic) Form", "", "", "The Book of Numbers", and "On Quaternions and Octonions". He is currently finishing "The Triangle Book" written with the late Steve Sigur, math teacher at Paideia School in Atlanta Georgia, and in summer 2008 published"The Symmetries of Things" with and Heidi Burgiel.