Jardine Matheson Holdings Limited (SGX: J36, LSE: JAR) often referred to as Jardines, is a multinational corporation incorporated in Bermuda and based in Hong Kong. While listed on the London Stock Exchange and the Singapore Exchange, the vast majority of Jardines shares are traded in Singapore.[1][2] One of the original Hong Kong trading houses or Hongs, as of December 2010, 41% of the company's profits were still earned in China.[3]

With roots that can be traced back to the opium trade, today, Jardines is a Fortune 500 company[4] that consists of Jardine Pacific, Jardine Motors Group, Jardine Strategic, Dairy Farm, Hongkong Land, Mandarin Oriental Hotel Group, Jardine Cycle & Carriage and Astra International.[5][6][7] It also owns 30.3% of Jardine Lloyd Thompson Group and has a minority investment in Rothschilds Continuation Holdings, the merchant banking house.[3] 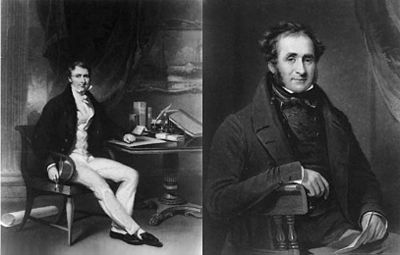 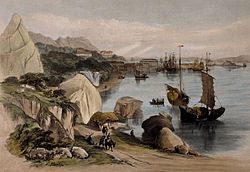 The firm of Jardine, Matheson and Co. began in Canton, China on 1 July 1832 by Scottish doctor William Jardine and Edinburgh University graduate James Matheson.[8] With the cessation of Hong Kong under the 1842 Treaty of Nanking, the firm set up its headquarters on the island and grew rapidly. Initially trading in opium, tea and cotton, Jardines soon diversified into other areas including insurance, shipping and railways. By the turn of the 19th century, the company had become the largest of the ‘’hongs’’ or foreign trading conglomerates with offices in all the important Chinese cities as well as Yokohama, Japan.[9][10]

In the early decades of the 20th century, Jardines built cotton mills, a press packing plant and a brewery in Shanghai while expanding into Africa, America and Australia. When war came to China in 1937, the firm suffered heavily both in Hong Kong and in mainland China.

After the 1949 foundation of the People’s Republic of China, trading conditions for foreign companies under the new Communist regime became increasingly difficult. As a result, by 1954, As Time magazine reported:

After the firm's flotation in 1961,[12] the landmark Mandarin Oriental Hotel opened in Hong Kong in 1963 as the city's first five star hotel.

In 1970, Jardine Fleming, the first merchant bank in Asia, opened for business while a real estate company and sugar plantations in Hawaii and the Philippines were acquired. A Hong Kong building boom in the mid 1970's saw Jardine's buy Gammon Construction, the largest construction and civil engineering group on the island.[13] A presence was re-established on the mainland in 1979 following China's reform and opening up and a year later the firm established the Beijing Air Catering Company Ltd., the foreign joint venture in the country.[14] During the 1970s Jardines also expanded their insurance interests with acquisitions in the United Kingdom and the United States laying the groundwork for the foundation of Jardine Insurance Brokers.[15]

By 1980 the firm had operations in southern Africa, Australia, China, Great Britain, Hong Kong, Indonesia, Japan, Malaysia, Philippines, Saudi Arabia, Singapore, South Korea, Taiwan, Thailand, as well as the United States, and employed 37,000 people.[12] After redomiciling to Bermuda in 1984 ahead of the 1997 handover of Hong Kong, in 1990 Jardine Matheson Holdings and four other listed group companies arranged primary share listings on the London Stock Exchange in addition to their Hong Kong listings. Other significant developments during this decade included the merging of Jardine Insurance Brokers with Lloyd Thompson to form Jardine Lloyd Thompson, the acquisition of a 16% interest in Singapore blue-chip Cycle & Carriage and Dairy Farm’s purchase of a significant stake in Indonesia's leading supermarket group Hero. Mandarin Oriental also embarked on its strategy to double its available rooms and capitalize on its brand.

The first decade of the new millennium saw Jardine Cycle & Carriage acquire an initial 31% stake in Astra International, which has since been increased to just over 50% and a 20% shareholding in Rothschilds Continuation Holdings,[16] which rekindled a relationship that began in 1838.[17] Hongkong Land became a Group subsidiary for the first time following a multi-year programme of steady open market purchases while Jardine Pacific raised its interest in Hong Kong Air Cargo Terminals Limited from 25% to 42%. 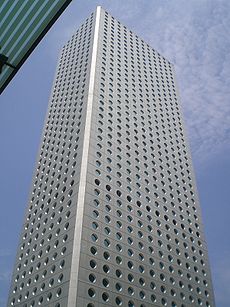 Jardines today comprises a group of companies with extensive operations across Asia, and through some of its businesses, the world. The firm’s business interests include Jardine Pacific, Jardine Motors, Hongkong Land, Dairy Farm, Mandarin Oriental, Jardine Cycle & Carriage, through which its interest in Astra is held, and Jardine Lloyd Thompson. The Group also has strategic interests in other entities, among them a 20% stake in global financial adviser, Rothschilds Continuation Holdings.

Jardine Pacific is a holding company which represents a significant number of the Group’s non-listed interests in Asia, principally in engineering and construction, transport services, restaurants and IT services. These include a number of Jardines’ long-standing businesses such as Jardine Engineering Corporation (JEC), Jardine Shipping Services, Jardine Aviation Services, Hong Kong Air Cargo Terminals, Jardine Schindler and Gammon Construction as well as more contemporary interests that reflect the demands of Asian consumers; among them Pizza Hut restaurants in Hong Kong, Taiwan and Vietnam and Jardine OneSolution IT services.[18]

Jardine Motors is active in the sales and service of motor vehicles in Hong Kong, mainland China and the United Kingdom.[19] Subsidiary Zung Fu, which has held the Mercedes-Benz franchise in Hong Kong for over 50 years, has achieved one of the highest market penetrations in the world for the luxury brand and ranks among its top international performers. The group also represents smart and Hyundai passenger cars in Hong Kong. Zung Fu is expanding its presence across the growing market of Southern China where it is actively developing a network of Mercedes-Benz dealerships.[20] In the United Kingdom, Jardine Motors is one of the country’s largest retail dealership groups with a portfolio of specialist franchises that includes Aston Martin, BMW, Ferrari, Lexus, Mercedes Benz, Porsche and, most recently, McLaren.

Hongkong Land is an Asian property investment, management and development group. Established in Hong Kong in 1889 by Sir Paul Chater and William Keswick, the group today has property interests across the region. In Hong Kong, the group owns and manages approximately 5,000,000 square feet (460,000 m2) of prime commercial space in the Central. In Singapore, it is helping to create the city’s new Central Business District with an expanding joint venture portfolio of new developments. In addition to commercial properties, Hongkong Land also develops residential properties in key cities around the region including Hong Kong, mainland China, Macau and Singapore where its subsidiary MCL Land is a significant property developer. Jardine Strategic has a 50% shareholding in Hongkong Land.

Dairy Farm traces its origins in Hong Kong back to the 19th century when it was involved in the production of dairy products and ice. Today the company is a leading pan-Asian retailer.[21] The Dairy Farm group’s retail operations range from supermarkets, hypermarkets and health and beauty stores to convenience and home furnishings stores, and operate under well-known local brands. It has a significant presence in Hong Kong, Taiwan, Malaysia, Singapore and Indonesia, and a growing presence in mainland China, India and Vietnam. Dairy Farm operates supermarkets under the banners of Wellcome, Jasons, Shop N Save, Cold Storage and Hero; Giant hypermarkets; health and beauty stores under Mannings and Guardian; IKEA furniture stores in Hong Kong and Taiwan; as well as 7-Eleven convenience stores. The group also has a 50% interest in Maxim’s, Hong Kong’s leading restaurant chain.[22] Jardine Strategic has a 78% shareholding in Dairy Farm.

Jardine Lloyd Thompson (JLT) is a leading insurance and reinsurance broker, risk management adviser and employee benefits consultant.[23] Jardines has been in the insurance broking business since its earliest days in Canton and JLT, which is quoted on the London Stock Exchange, is one of the largest companies of its kind in the world. The company operates through two key business groups, Risk & Insurance and Employee Benefits. The risk & insurance group provides specialist insurance and reinsurance broking together with risk management services for a wide range of clients, including some of the world’s largest corporations. JLT, which has a significant presence in the Asia-Pacific region, operates through an international network of over 100 offices in 36 countries. The employee benefits group is one of the United Kingdom’s leading employee benefits providers.

Mandarin Oriental Hotel Group is an international hotel investment and management company operating deluxe and first class hotels and residences in city and resort destinations around the world.[24] The group’s flagship hotel, Mandarin Oriental, Hong Kong, has been recognized as one of the world’s leading hotels since shortly after its opening in 1963 along with the equally world-renowned Mandarin Oriental, Bangkok, previously known as The Oriental.[25] Jardine Strategic has a 74% shareholding in Mandarin Oriental.

Astra is Southeast Asia’s largest independent automotive group. Operating predominantly in Indonesia, it is a provider of a full range of automobile and motorcycle products in partnerships with companies which include Toyota, Daihatsu, Isuzu, Nissan Diesel, Peugeot and BMW for automobiles, and Honda for motorcycles. Astra also has a strong presence in the automotive component sector through its subsidiary PT Astra Otoparts Tbk.[28] In addition, Astra has interests in financial services; heavy equipment, mining and energy; agribusiness; information technology; infrastructure and logistics. In financial services, Astra’s businesses provide financial products and services to support its automotive and heavy equipment sales. The group is also involved in retail banking through a stake in PT Bank Permata Tbk.

The present Chairmain of Jardine Matheson Holdings Ltd. is Henry Keswick, the company's Tai-pan from 1970 (aged 31) to 1975 and the 6th Keswick to be Tai-pan of the company. His brother, Simon, was the company's Tai-pan from 1983 to 1988 and is the 7th Keswick to be Tai-pan. Both brothers are the 4th generation of Keswicks in the company. The 5th generation of Keswicks are also active within the organisation, Ben Keswick, son of Simon, is group managing director of Jardine, Cycle & Carriage in Singapore and Adam Keswick, son of Sir Chips Keswick is in charge of Jardine Pacific and Jardine Motors Group in Hong Kong. The organizational structure of Jardines has changed almost totally, but the members of the family of Dr. William Jardine still have significant influence in the firm.

As of June 2011, the directors of Jardine Matheson Holdings are:

Jardines is controlled by the Keswick family, who are direct descendants of William Jardine's sister Jean through the marriage of her daughter to Thomas Keswick, father of William Keswick, an early Tai-pan of the firm. While the leadership of Jardines is Scottish, the firm is international in its dealings. The staff of Jardines (239,000 employees as of January 2007) is predominantly Asian, with senior management levels composed of a mixture of British, Chinese, Indonesians, Europeans, Australians and Americans.

The Keswicks have maintained a relationship with another prominent Scottish family, the Flemings, of which the author Ian Fleming was also a member. From 1970 until 1998, Jardine Matheson operated a pan-Asian investment banking joint venture, Jardine Fleming, with Robert Fleming & Co., a London merchant bank controlled by the Fleming family. In 2000, Jardine Fleming and Robert Fleming & Co. were sold to JP Morgan Chase.