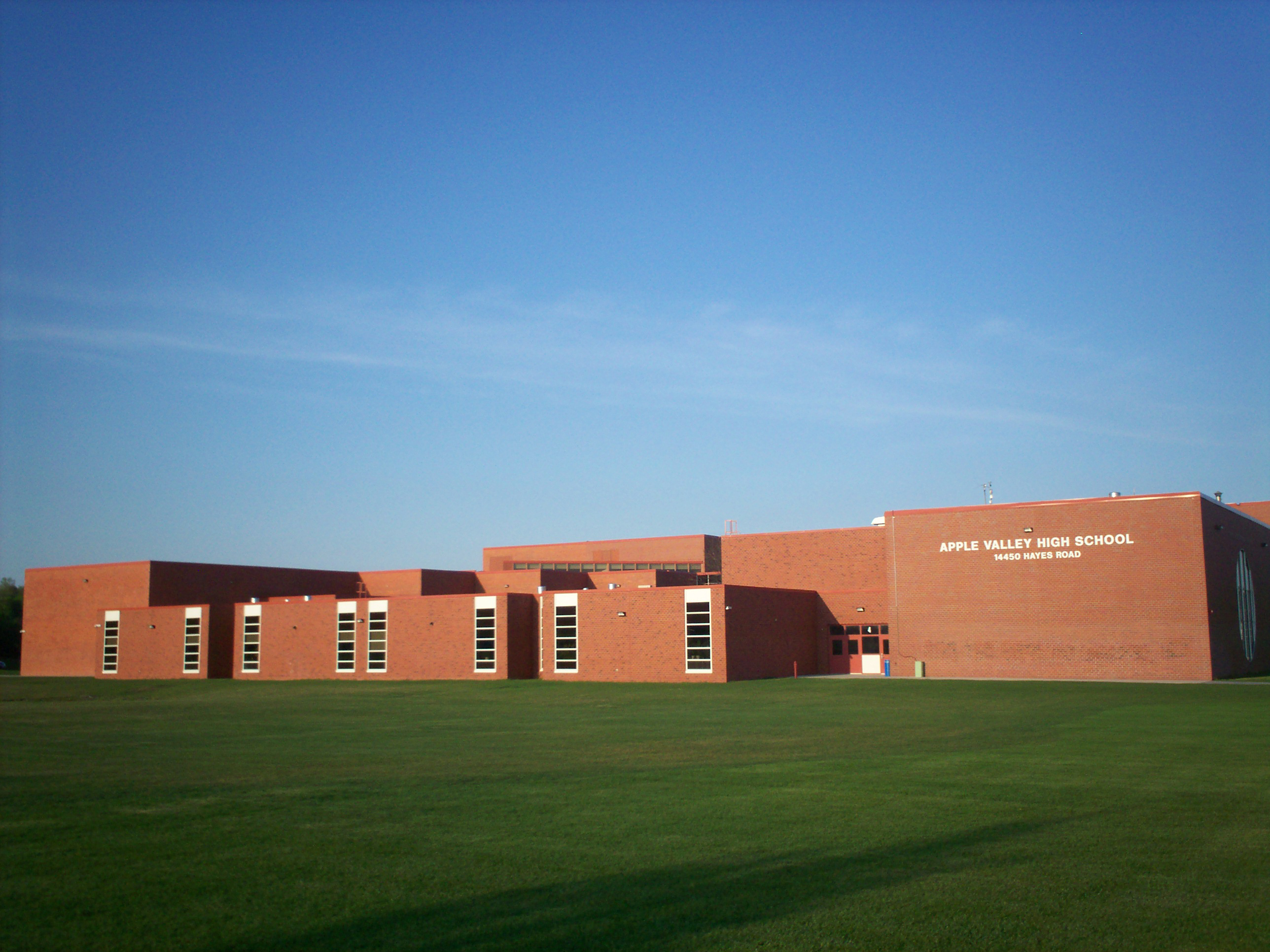 Apple Valley High School, commonly referred to as AVHS, is a public four-year in .

Apple Valley High School received an award from the , which is considered the highest accolade an American school can receive.

Notable alumni of Apple Valley High School include (those who have had considerable success since graduating):