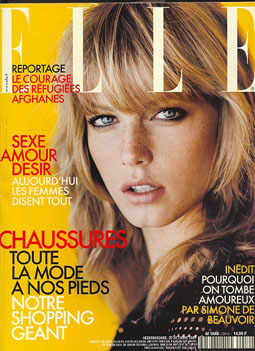 "Elle" was founded in in 1945. In 1981, and purchased Hachette magazines, which included the then-struggling "Elle". "Elle" was then launched in the U.S., followed by 25 foreign editions.

It is now the world’s largest fashion magazine, with 39 international editions in over 60 countries.

The winners of "" from cycles 3-6 have each appeared in a fashion spread shot by fashion photographer , including , , , and respectively.

The winner of "" gets a spread in this magazine.