Artificial leather is a fabric or finish intended to substitute for leather in fields such as upholstery, clothing and fabrics, and other uses where a leather-like finish is required but the actual material is cost-prohibitive or unsuitable.

Under the name of artificial leather (not to be confused with the more modern Pleather) or American leather cloth, large quantities of a material having a more or less leather-like surface were once used, principally for upholstery purposes, such as the covering of chairs, lining the tops of writing desks and tables, and so on.

There was considerable diversity in the preparation of such materials. A common variety consisted of a web of calico coated with boiled linseed oil mixed with dryers and lampblack or other pigment. Several coats of this mixture were uniformly spread, smoothed and compressed on the cotton surface by passing it between metal rollers, and when the surface was required to possess a glossy enamel-like appearance, it received a finishing coat of copal varnish. A grained Morocco surface was given to the material by passing it between suitably embossed rollers.

Preparations of this kind have a close affinity to cloth waterproofed with rubber, and to such manufactures as ordinary waxcloth. An artificial leather which was patented and proposed for use as soles for boots, etc., was composed of powdered scraps and cuttings of leather mixed with solution of guttapercha dried and compressed. In place of the guttapercha solution, oxidized linseed oil or dissolved resin could be used as the binding medium for the leather powder. 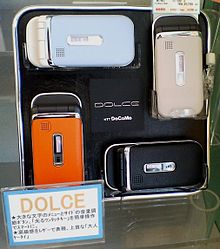 Synthetic leathers, at times made from plastics, are often used in clothing and fabrics. Artificial leather is marketed under many brands, including "leatherette," "faux leather", "Naugahyde" and "pleather".[1]

The term pleather ("plastic leather") is a slang term for synthetic leather made of plastic. The term was coined by Amy Bach, when working in New York for Millis clothing. Upon the arrival of a new line, a plastic leather, Bach needed a way to advertise the product to customers without calling it plastic. She thus came up with the term Pleather. A portmanteau of plastic and leather, the term is sometimes used derogatorily, implying a cost-cutting Ersatz for genuine hide. Besides cost, pleather may also be preferred because it is lighter than leather, or as an alternative to real leather citing reasons of animal cruelty.[2] Pleather, being made of plastic, will not decompose as quickly.

Not all pleathers are the same. Polyurethane is washable, can be dry-cleaned and allows some air to flow through the garment.[citation needed] PVC pleather in contrast does not "breathe" and is difficult to clean. PVC cannot be dry-cleaned because the cleaning solvents can make the PVC unbearably stiff.

Sometimes referred to as poromerics, poromeric imitation leathers are a group of synthetic 'breathable' leather substitutes made from a plastic coating (usually a polyurethane) on a fibrous base layer (typically a polyester).

The term poromeric was coined by DuPont as a derivative of the terms microporous and polymeric. The first poromeric material was DuPont's ill-fated Corfam introduced in 1963 at the Chicago Shoe Show.

Corfam was the centerpiece of the DuPont pavilion at the 1964 New York World's Fair in New York City. Its major advantages over natural leather were its durability and its high gloss finish that could be easily cleaned with a damp cloth. Its disadvantages were its stiffness which did not lessen with wearing, its relative lack of breathability, and easy confusion with non-breathable cheaper products. DuPont manufactured Corfam at its plant in Old Hickory, Tennessee, from 1964 to 1971. After spending millions of dollars marketing the product to shoe manufacturers, DuPont withdrew Corfam from the market in 1971 and sold the rights to a company in Poland.

Corfam is still used today in some products, an example being certain types of equestrian saddle girth. Corfam shoes are still popular in uniformed professions where shiny shoes are desirable.

Koskin is an artificial leather material commonly found in computer laptop cases. It is commonly used in Hewlett-Packard, Targus and Belkin laptop cases, CD wallets, and other consumer goods. It is made to look and feel like authentic leather.

Leatherette is a form of artificial leather, usually made by covering a fabric base with plastic. The fabric can be made of a natural or a synthetic fibre which is then covered with a soft PVC layer.

A disadvantage of plastic "leatherette" is that it is not porous and does not allow air to pass through it; thus, sweat can accumulate if it is used for clothing, car seat coverings, etc. One of its primary advantages, especially in cars, is that it requires little maintenance in comparison to leather, and does not crack or fade as easily.

During a fire, leatherette may cause serious skin damage, because it burns more vigorously than leather and can melt.

There are many other materials that can be used as leather alternatives. Some of these materials are: