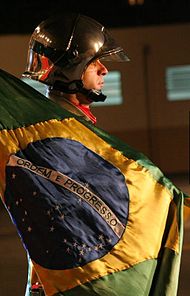 A standard-bearer is a person (soldier or civilian) who bears an emblem called an ensign or standard, i.e. either a type of flag or an inflexible but mobile image, which is used (and often honoured) as a formal, visual symbol of a state, prince, military unit, etc.

This can either be an occasional duty, often seen as an honour (especially on parade), or a permanent charge (also on the battle-field); the second type has even lead in certain cases to this task being reflected in official rank titles such as Ensign and Cornet.

Many terms exist, often specifying the type of standard borne (in various cases named in parentheses after the bearer). 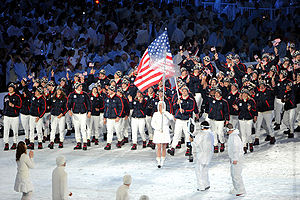