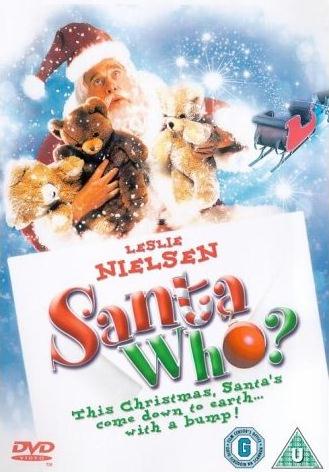 "Santa Who?" is a film released in 2000, starring , and directed by . The plot centers on developing a case of (specifically ) right before .

The film is rated PG.

The film starts with Santa feeling ill and going out for fresh air on a flight in his sleigh. Because of bad weather, he falls out and lands in New York. After the fall, he is unable to remember who he is.

An afraid-of-commitment TV news reporter finds him and uses him on TV to get audience while vowing them to find his family. In the meantime, Santa works in a mall.The TV newsreporter's girlfriend's son repeatedly tries to convince the adults that he is the real Santa Claus, which the adults refuse to believe.

Santa still remembers certain details about Christmas but is unable to remember how he knows them, as typically happens with .

All the while, Santa's elves are looking for him.

Near the end, a couple thinks it could be their grandfather who has grown a beard, and take him with them. Instead, when it is proved he is Santa, the reporter regains his faith in Christmas and gains a family.