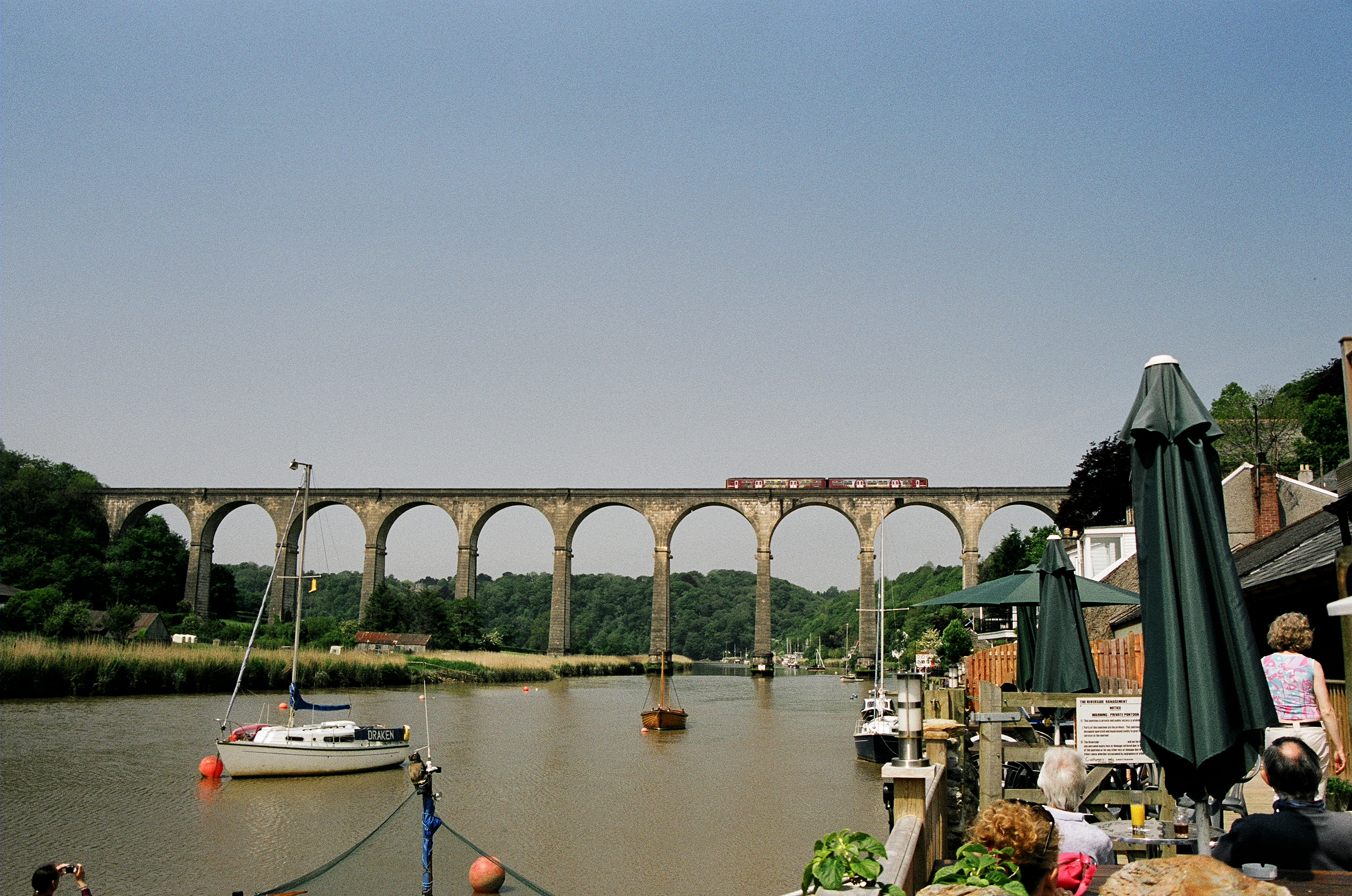 The Tamar is a in south western , that forms most of the border between (to the east) and (to the west). At its mouth, the Tamar flows into the where it joins with the before entering . The river has some 20 road crossings, including the , a toll bridge on the A38 and the world renowned .

The Tamar's source is less than 6km (4 miles) from the north Cornish coast, but it flows southward. North of the source the Cornish border heads to the sea along , making Cornwall nearly an island.

In a few places the border deviates from the river, leaving, for instance, the Devon village of on the 'Cornish' side. Curiously, the modern administrative border between Devon and Cornwall more closely follows the Tamar than the historic county border. Several villages north of Launceston which are west of the Tamar were actually in Devon until the 1960s.

The Tamar Valley covers around 195km² (75 square miles) around the lower Tamar (below Launceston) and its tributaries the Tavy and the Lynher. It was first proposed in 1963, but was not designated until 1995.

A traditional Cornish tale claims that the devil would never dare to cross the River Tamar into Cornwall for fear of ending up as a pasty filling.

* The Tamar River in was named after this Tamar.
*
*