Belarusians or Belorussians ( _be. Беларусы, Biełarusy, previously also spelled "Belarussians", "Byelorussians" and "Belorusians", also "White Russians") are an East Slavic who populate the majority of the Republic of Belarus and form minorities in neighboring (especially in the former Bialystok province), , and . Noticeable numbers have immigrated to the , and in the early 20th century. Since the breakup of the several hundred thousand have immigrated to the , , and . Introduced to the world as a new state in the early 1990s, the brought with it the notion of a re-emerging Belarusian ethnicity, drawn upon the lines of the . There are over 8 million people who associate themselves with the Belarusian ethnicity today.

The native language of the territory of Belarus is Belarusian; however the majority of Belarusians in Belarus are able to speak Russian and often use it as their day-to-day language (especially in and other large cities).

The prefix "Bela-" translates into "White" so these people were sometimes called "ns" (though not to be confused with the political group of White Russians that opposed the s during the ). This name was in use in the for some time in history, together with "White Ruthenes", "White Ruthenians" and similar forms. Using the term "White Russians" is misleading as it incorrectly suggests being a subgroup of and some Belarusians take offense for it being applied. Belarusians trace their name back to the people of Rus and not to , who are also descendants of the people of Rus. 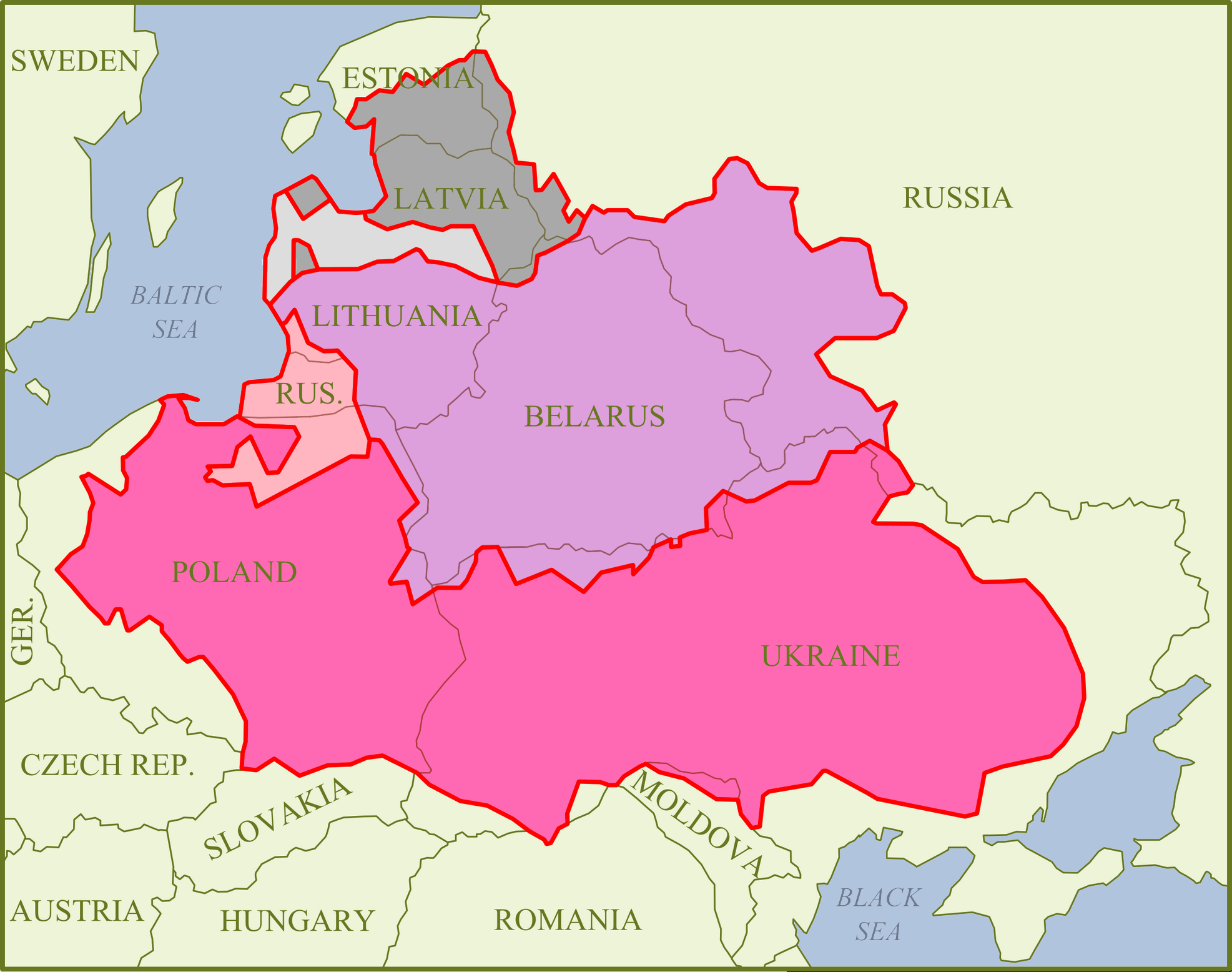 250px|left|thumb|Commonwealth of Polish Kingdom and Grand Duchy of Lithuania in the 17th century">legend|darkgrey|LivoniaThe Belarusian people trace their distinct culture to the and earlier and the . Most Belarusians are descendants of the East Slav tribes , s and s. also mixed with the local , especially in the west and north-west of today's Belarus. In 13th-18th centuries Belarusians were mostly known under the name of "Rusins" () or Litvins (Lithuanians), which refers to the state of the ("Litva", "Vialikaja Litva") of which the White Ruthenian lands were part of since the 13th-14th centuries and where was the official state language. On the grounds of the dominance of Ruthenian language (which later evolved into modern ), it is considered that the was Belarusian national state when it existed. Another name that was originally commonly used to describe those people was , by the name of the n state which the area originally belonged to.

After Belarusians had their own statehood, with varying degrees of independence - first as the short-lived under German occupation, then as the from 1919 until 1991, which merged with other republics to become a constituent member of the in 1922). Belarus gained full independence with the dissolution of the Soviet Union in 1991.