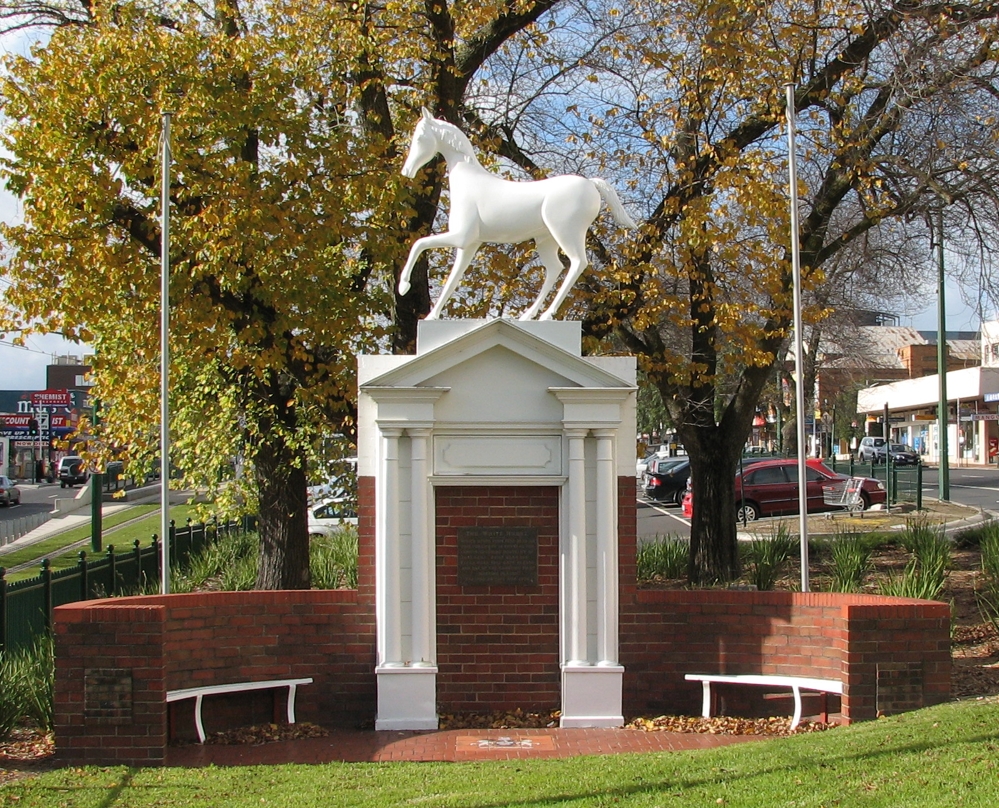 Box Hill is a suburb of , Victoria, . It is in the Local Government Area of the . It boasts the second largest retail and office precinct outside downtown Melbourne. The suburb has become very , and as a result boasts a diverse range of s and s.

Box Hill was first settled by the , formerly of , who in 1838 took up a pastoral lease on the land he had previously explored in the Bushy Creek area. The first permanent settlers, Thomas Toogood and his wife, purchased 5,000 acres (20 km²) in 1841, and Wrighte built a house on his property "Marionvale" in 1844. The Pioneers' Memorial, which can be found in front of the town hall, is made from a chimney stone taken from Wrighte's original house. It was not until after 1850, however, that Crown lands were subdivided and sold. Traffic along a main road running through the district encouraged the building of a hotel at Box Hill in 1853. Its owner named it the White Horse hotel, and the name was bestowed on the road. In 1861 a post office was opened at Box Hill, the first official use of the name. The postmaster proposed the name, derived from in , England, near his birthplace.

In 1871 Box Hill township's population was 154 and the district relied on orchards, vineyards and mixed farming. The extension of the railway from Camberwell, to Lilydale, in 1882 included a station at Box Hill but there were also stations at Canterbury, and Surrey Hills, to the west. They attracted subdivisions and development ahead of Box Hill. Growth came, though, with a school opening in Box Hill in 1887 and the town became the seat of the shire council, which met at the Box Hill court house.

In 1895 a market was opened near Box Hill railway station, which improved Box Hill's commercial importance. Box Hill was also the starting point for a tramline to Doncaster, which ran from 1889 to 1896. This was the first electric tramline in the southern hemisphere. The 1890s also saw the opening of a gas works, several brickworks and a private girls' high school.

Unlike suburbs closer to Melbourne, Box Hill lacked the web of tramlines which promoted residential development beyond reach of the railway line. In 1916-17 tramlines reached the western edge of what in a short time would be the Box Hill municipality at Burwood, Mont Albert, and Wattle Park. The years after the first world war saw Box Hill's turn for residential growth. A girls' technical school was built in 1924 and a boys' high school in 1930. During the a boys' technical school was opened.

In 1933, in its eightieth year, the Whitehorse Hotel was demolished. It had been closed since 1921, when Box Hill, prohibited the sale of alcohol in the town area. After the end of the Box Hill was suburbanised, but and comparatively undeveloped.

Post war housing expansion included a estate in . A district hospital was opened in 1956. The shopping area enjoyed growth and prosperity which, ironically, by the end of the 1950s was putting strain on it: there was not enough space for parking. The development of Myer Eastland and Doncaster Shoppingtown in the late 1960s took trade away, and the shopping centre regained custom by undergrounding the railway line and station and building Box Hill Central on land which included the old market.

In 1954 the designated Box Hill as one of five district centres for metropolitan Melbourne. The plan has succeeded in Box Hill. In addition to the shopping centre, the and several office buildings have strengthened its centrality in the region. Apart from commercial functions there are large reserves with ovals in three direction about a kilometre from Box Hill Central. Box Hill South lies between Canterbury Road and Burwood East, about two kilometres square. Its proximity to trams was better than Box Hill North's, and its residential growth was substantially pre and early post war. The Box Hill golf club is nearby and a linear park continues along Gardiner's Creek. There are church educational institutions - (Anglican and then Uniting) and the Christian Brothers' Teachers' College and St. Leo's College (1952 and 1957).

Box Hill city was amalgamated with Nunawading city on 15 December, 1994, to form Whitehorse city renewing the boundaries that began with the Nunawading parish and subsequent shire. [http://www.arts.monash.edu.au/ncas/multimedia/gazetteer/index.html]

Box Hill has a bustling shopping precinct. These range from the shops along Station Street and Whitehorse Road, to the suburbs two shopping centres. , formerly Box Hill Central, features Safeway, Target, , book store, , Sanity, the large indoor Box Hill market, and a large food court. It is also integrated with a bus interchange and the Box Hill railway station. The neighbouring (formerly Whitehorse Plaza), recently renovated and renamed, includes , , , , , another food court, and a selection of specialty fashion retail stores. To people who live in, or often commute in Box Hill the two shopping centres are still defined as "Central" (Centro Box Hill) and "Centro" (Centro Whitehorse.)Fact|date=January 2008

As of late 2007, both shopping centres came under the same name of Box Hill Centro.

Box Hill is also a major transport hub for the City of Whitehorse and surrounding suburbs. Box Hill railway station is located under the shopping centre, and is served by the Belgrave and Lilydale line services. The complex also includes a large bus terminus linking commuters to a variety of destinations across the eastern suburbs.

The route 109 tram runs along Whitehorse Road was extended from Union Road Surrey Hills to Box Hill and opened in May 2003. It runs to Port Melbourne via the city.

The are a local club playing in the and based at the . This team was formerly known as the Mustangs, named for the city's mascot, the white horse. They are currently affiliated with the .

, football club. Senior men's team used to compete in Victorian Premier League. Now club only fields juniors and a very successful women's team in the Victorian Women's Premier League. They are reigning champions and have won the title on many occasions in recent years.

was founded in 1932, survived through the war years and became powerful after the 1956 Olympic Games held in Melbourne. The Club's original training ground was at Surrey Park, Elgar Road South, an area provided by the Box Hill Council.

After several years of filling in and grading, the area known as Hagenauer's Park was made available for athletics. The home of the Box Hill Athletic Club was officially opened by the Mayor of Box Hill, Cr. E. H. James on Saturday 18 October 1969.

serves Box Hill and its surrounding suburbs. The Epworth Eastern private hospital was recently completed next to the Box Hill Hospital.

Aqualink Box Hill (formerly Whitehorse Aquatic and Leisure Centre), run by Whitehorse council, provides residents with an indoor and outdoor pool, basketball courts, a gym, squash, and tennis courts. The surrounding parklands include—aside from a large lake (now filled with water, but once used as a quarry) —a baseball diamond, a football oval, and cricket pitches.

The suburb of Box Hill has several schools, including , , , and . For mature students, and provide further education, and buses link Box Hill's terminus to (Burwood campus), and . is a short 10 minute train trip away towards the city. The is approximately 30 minutes by train. There are two kindergartens in the area, St Peter's Anglican Kindergarten Inc, and Kingswood College Early Learning Centre.

* - the former local government area of the same same.