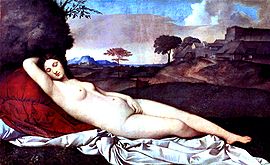 "Old Master" (or "old master") is a term for a European painter of skill who worked before about 1800, or a painting by such an artist. An "old master print" is an original print (for example an engraving or etching) made by an artist in the same period. Likewise an "old master drawing".

In theory an Old Master should be an artist who was fully trained, was a Master of his local artists' guild, and worked independently, but in practice paintings considered to be produced by pupils or workshops will be included in the scope of the term. Therefore, beyond a certain level of competence, date rather than quality is the criterion for using the term.

In the eighteenth and nineteenth centuries, the term often had a starting date of perhaps 1450 or 1470; paintings made before that were "primitives"; but this distinction is no longer made. The original OED from the beginning of the 20th century, defines the term as "a 'master' who lived before the period accounted 'modern', chiefly applied to painters from the 13th to the 16th or 17th century." Rather surprisingly, the first quotation they give is from a popular encyclopedia of 1840: "As a painter of animals, Edwin Landseer far surpasses any of the old masters". There are comparable terms in Dutch, French and German; the Dutch may have been the first to make use of the term, in the 18th century, when it mostly meant painters of the Dutch Golden Age of the previous century. Les Maitres d'autrefois of 1876 by Eugene Fromentin may have helped to popularize the concept, although "vieux maitres" is also used in French. The famous collection in Dresden at the Gemäldegalerie Alte Meister is one of the few museums to include the term in its actual name, although many more use it in the title of departments or sections. The collection in the Dresden museum essentially stops at the Baroque period.

The term tends to be avoided by Art historians as too vague, especially when discussing paintings, although the terms Old Master Prints and Old Master drawings are still used. It remains more current in the art trade. Auction houses still usually divide their sales between, for example: "Old Master Paintings", "Nineteenth-century paintings" and "Modern paintings". Christie's defines the term as ranging "from the 14th to the early 19th century".

Artists, most often from early periods, whose hand has been identified by art historians, but to whom no identity can be confidently attached, are often given names by art historians such as Master E.S. (from his monogram), Master of Flémalle (from a previous location of a work), Master of Mary of Burgundy (from a patron), Master of Latin 757 (from the shelf mark of a manuscript he illuminated), Master of the Brunswick Diptych 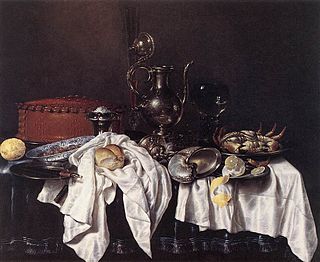