Infobox Settlement
official_name = Wilson, New York
settlement_type =
nickname =
motto = Let Each Live in Harmony with Earth, Sea, and One Another 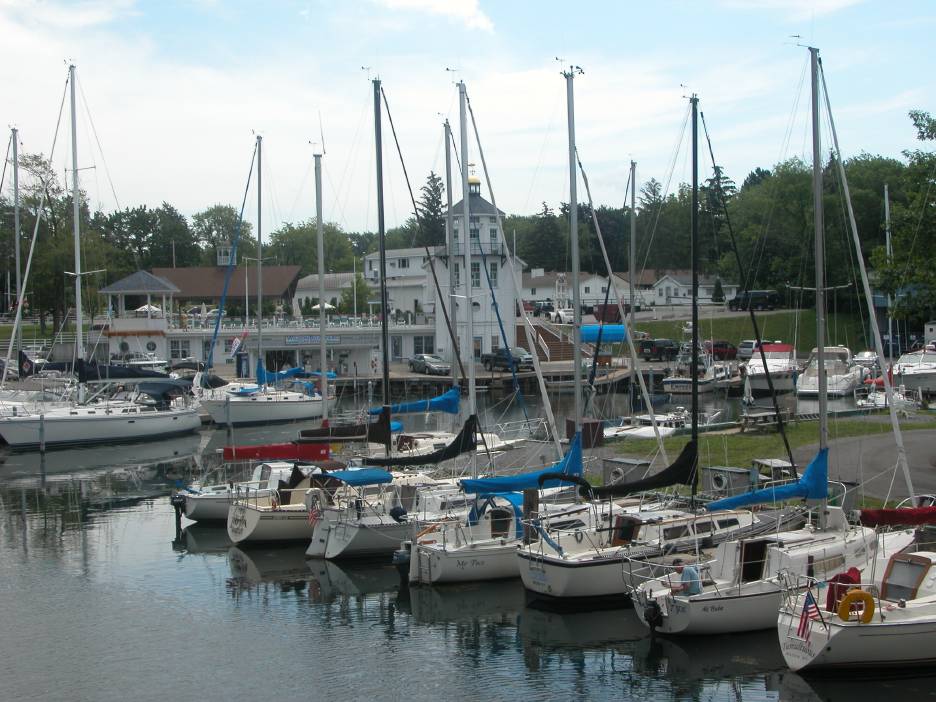 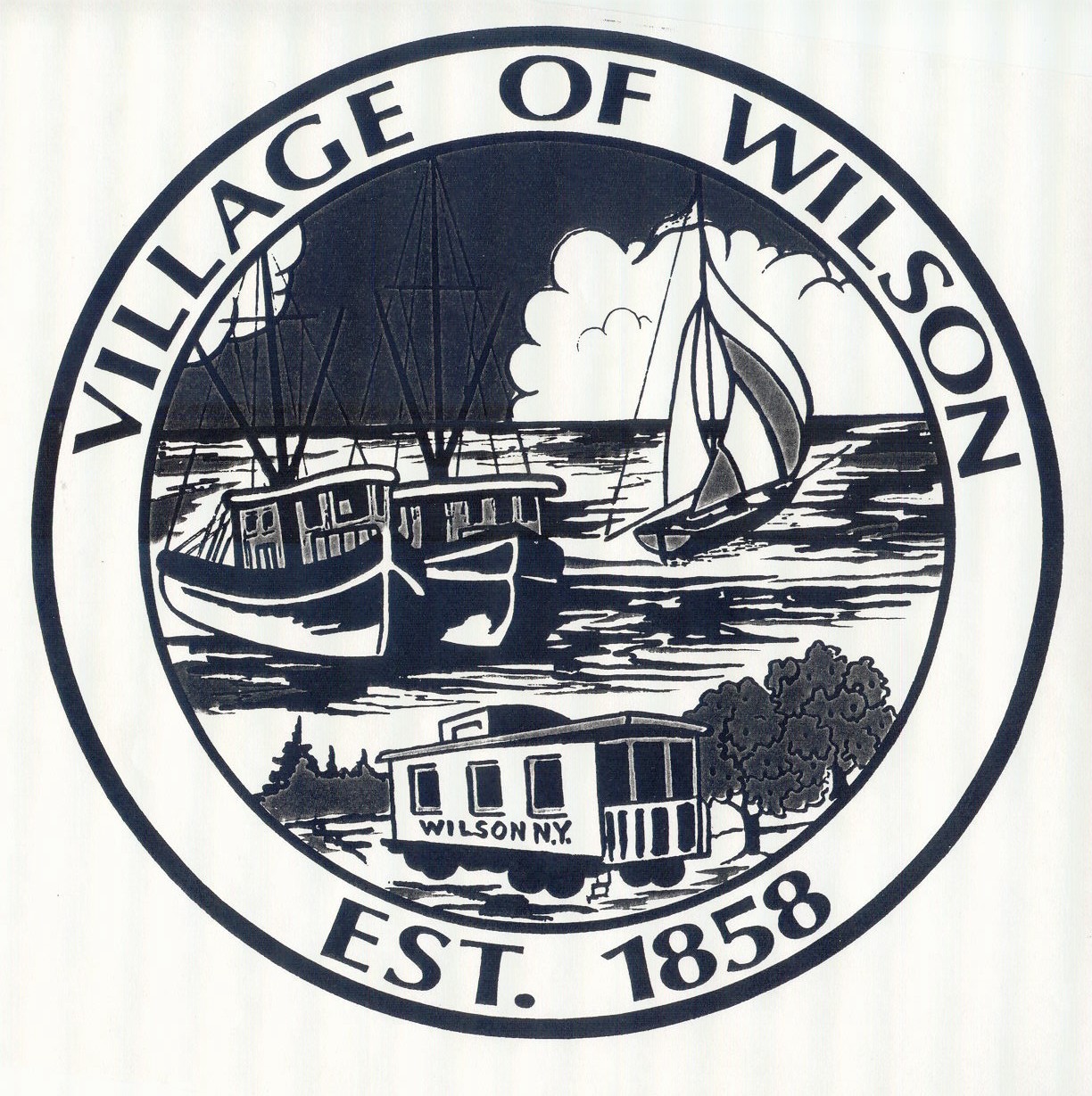 Wilson is a in Niagara County, , . The population was 1,213 at the 2000 census. The village is said to be named after Luther Wilson. It is part of the Buffalo&ndash;Niagara Falls Metropolitan Statistical Area.

The Village of Wilson is within the Town of Wilson in the northern part of the county. It was incorporated on May 11, 1858. The village has a small boat harbor for Lake Ontario that includes several marinas and boat launching facilities. Wilson Harbor and its surrounding area boasts some of the best bass, trout, and salmon fishing in Western New York.

The Village of Wilson was incorporated in . It was named for Luther Wilson, the son of Reuben Wilson, who was the founder of the town of Wilson. Luther Wilson's first claim to ingenuity may have occurred during the War of 1812 when he was only 14 years of age. According to early accounts, George Ash, who lived west of the Wilson settlement, warned the settlers that the British were coming, thus giving them time to gather their things and flee. About 25 head of cattle were rounded up, and Luther Wilson was given the responsibility of driving them eastward along the lake, some had cow bells around their necks, so in order to keep invaders from hearing them, he stuffed dry leaves in the bells. He was then able to drive the cattle five miles beyond Van Horne's Mill where they remained undetected. After the British burned down the mill and retreated, Luther drove the cattle back to Wilson. When Luther reached maturity, he became the business genius of the family, with an untiring energy and spirit, he started most of the public improvements in town.

In 1827, he started the hamlet of Wilson, NY by laying out a single tier of lots along the north side of Young Street from Lake Street to the Creek. In 1829, a tavern was added to his father's store and post office at the west end of Young Street which was often visited by the early settlers and soldiers from Old Fort Niagara. In 1834, Luther and his father built the cobblestone "Ontario House" on the southwest corner of Young and Lake streets, and up to 1894 (when it was destroyed by fire), it was considered one of Wilson's oldest and best known hostelries. On December 28, 1835, Luther was elected one of the trustees of the first Methodist-Episcopal Society in the town of Wilson at a meeting held to incorporate it. In 1838, a new frame church was built at the corner of Lake and High streets on land acquired from Andrew Brown. Up to 1837, Luther helped his father as a merchant and miller, and in that same year, enlarged the grist mill by adding steam power and two more run of stones. In 1844-45, Luther built an attractive cobblestone home on the site of the first log school-house built in the village in 1820. The beautiful historic home today is the "Wilson House." It was during this year that Luther was elected to a term in the state assembly.

In 1846, Luther Wilson established the harbor and obtained permission from the Secretary of War to build two 200-foot piers into the lake at the mouth of 12-mile creek. For the next 20 years, at his own expense, he dredged the channel by the use of horsepower, and continued to make improvements until 1867 when the Wilson Harbor Company was incorporated. Other improvements included a large store house where he began buying and shipping grain and fruit. He also built a new shipyard where he built the schooner, Reuben F. Wilson, which he named for his son. That was the start of a new industry in Wilson. Up to 1875, about 20 two-and-three-masted schooners were built at the harbor by itinerant contractors. Luther was also responsible for having Congress declare Wilson a Port of Entry in 1848 and Abram Vosburgh was named the first collector.

The village of Wilson was incorporated May 11, 1858 by an act of the state legislature. At the time, it included 416 acres within its borders and a population of 715 persons. Luther was elected to serve as the first president of the Board of Directors. When the R.W. & O. Railroad came through Wilson in 1875, it was surveyed through the center of Wilson's former cemetery which was located directly east of present depot-museum. Luther donated eight acres of land near 12-mile creek for a new cemetery. When his remains, among others were removed from the burial site, they were placed in the new "Greenwood Cemetery." Luther was interested in the military, and for a number of years served as a captain of the Wilson Artillery Company of the 66th regiment, New York State Militia.He was associated with the work of the Methodist-Episcopal church in Wilson, but also gave land on which the first frame Presbyterian Church, first Baptist Church and North Ridge Methodist-Episcopal churches were built. Luther Wilson was said to be loved and respected by all. He died in Wilson in 1890 at the age of 92. He was interred in the cemetery that he started - Greenwood.

In the , a Wilson native, Ira S. Pettit, enlisted for the Union Army. He died in in the of . His personal diary was given to his father after his death and eventually published. ["Diary of a Dead Man" by Ira S. Petitt]

Wilson is located at the junction of (Harbor Street/Sunset Street/Ontario Street) and (Lake Street) and is east of the mouth of Twelve Mile Creek. is on the west side of the village. This park offers picnicking, canoeing, swimming, playgrounds, and hiking trails.

The village is located on the south shore of .

There were 505 households out of which 31.5% had children under the age of 18 living with them, 57.6% were married couples living together, 7.1% have a woman whose husband does not live with her, and 30.9% were non-families. 28.1% of all households were made up of individuals and 14.5% had someone living alone who was 65 years of age or older. The average household size was 2.40 and the average family size was 2.95.

A Collegiate Institute was started in Wilson in 1845. It was decided that circulars would be sent out to advertise the new school—and they proved very successful. When the doors opened in the fall of 1846, 339 applicants had applied for admission. Over 60% of those applicants were non-residents. Applications came from Mississippi, Kentucky, Ohio, Illinois, Massachusetts, Pennsylvania, Michigan and Canada. Moral standards were very high at the school, and all pupils were required to attend church every Sunday and to be in their rooms at 7:30 pm except on Fridays evenings which were reserved for social activities.

As other schools were built, attendance dropped off in Wilson, and by 1869, tuition money was inadequate to maintain the school and it became necessary to apply to the State for aid. A proposal was made to unite four districts to form a Wilson Union Free School, but it met with great objections—especially from the outlying districts. In fact, feelings ran so high many people would not trade with merchants that advocated “such an asinine project that would allow persons to be taxed to support a free school”. When it came time to vote, it resulted in a tie, so one enterprising gentleman, Reuben F. Wilson, asked Elder Garfield (who loved to talk) to get up and make a speech in favor of the free school. While Garfield rambled on and on, Mr. Wilson hitched up his horse and buggy and raced to the harbor and asked Captain Bunn to get off his boat and accompany him back to the school. Captain Bunn voted “yes” and the Wilson Union Free School was born.Today, Wilson is a centralized public school system with a total student population of approximately 1700. The system is composed of Thomas Marks Elementary, Stevenson Elementary, Wilson Central Middle School, and Wilson Central High School. It is located in a rural area approximately 30 miles north of Buffalo, 25 miles northeast of , and adjacent to the city of . The District encompasses an area of 144 square miles including Wilson and portions of , , , and . The Wilson Central School District holds an impressive record against the rigorous curriculum and standardized tests. Wilson Central is ranked 13th out of 97 school districts in Western New York in 2008's Buffalo Business First ratings, making it number one in . Wilson High School is ranked 25th out of 128 Western New York high schools resulting in Wilson High School being the top-rated high school in according to the 2008 Buffalo Business First reports. Wilson High School earned a Bronze Medal in the U.S. News and World Report in 2007. It was the only school in to make the list. In the 2006-2007 school year, all 16 varsity sports were awarded scholar-athlete awards by including a scholar-athlete state championship girl's basketball team. The graduation rate for the class of 2008 was 100%. The Wilson Lakemen won a baseball state championship in 1983 and a softball state championship in 1986.