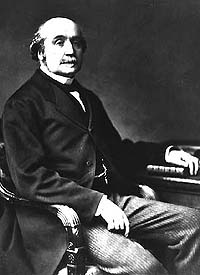 After a brief diplomatic career at and , the revolution of 1848 caused Albert de Broglie to withdraw from public life and devote himself to . He had already published a translation of the religious system of Leibniz (1846). He now at once made his mark by his contributions to the "" and the and clerical organ " _fr. Le Correspondant". These, and other contributions, brought him the succession to Lacordaire's seat in the in 1862, joining his father in this august society.

In 1870 he succeeded his father as , having previously been known as the "prince de Broglie". In the following year he was elected to the National Assembly for the "département" of the , and a few days later (on 19 February) was appointed ambassador in .

In March 1872, however, in consequence of criticisms of his negotiations concerning the commercial treaties between Britain and France, he resigned his post and took his seat in the Assembly, where he became the leading spirit of the monarchical campaign against President Thiers.

On the replacement of the latter by Marshal Mac-Mahon, the duc de Broglie became President of the Council and Minister for Foreign Affairs (May 1873), but in the reconstruction of the ministry on 26 November, after the passing of the septennate, transferred himself to become the Minister of the Interior. His tenure of office was marked by an extreme conservatism, which roused the bitter hatred of the Republicans, while he alienated the party by his friendly relations with the Bonapartists, and the Bonapartists by an attempt to effect a compromise between the rival claimants to the monarchy.

The result was the fall of the cabinet on 16 May 1874. Three years later (on 16 May 1877) he was entrusted with the formation of a new cabinet, with the object of appealing to the country and securing a new chamber more favorable to the reactionaries than its predecessor had been. The result, however, was a decisive Republican majority. The duc de Broglie was defeated in his own district, and resigned office on 20 November. Defeated in 1885, he abandoned politics and reverted to his historical work, publishing a series of historical studies and biographies.