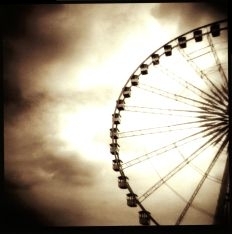 "Stateless" is a 2002 album on which the bands and collaborated to create a soundtrack for filmmaker Chris Bennett's film of the same name. The film is included on the with the entire album playing seamlessly as its soundtrack. The film features around 30 minutes of footage that Bennett shot on film during his various travels.