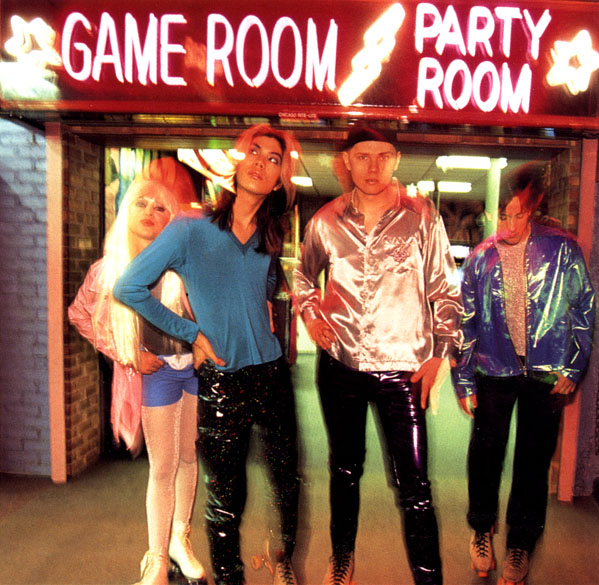 "1979" is a song by the American band . Written by , it was the second single from the band's third album, "" (1995). The song was nominated for the Record of the Year and Best Rock Performance by a Duo or Group with Vocal at the , and won an . According to Corgan, the song is about making the transition from youth to adulthood.Fact|date=August 2008

The song features loops and samples, which were previously used (to a lesser extent) on album tracks such as "Hummer", but never before on a single; Corgan calls it "not the typical Pumpkins song."

According to statements in interviews, Corgan worked nonstop after the "" tour and wrote about 56 songs for "Mellon Collie", [cite interview
last = Corgan
first = Billy
subjectlink = Billy Corgan
last2 = Iha
first2 = James
subjectlink2 = James Iha
last3 = Wretzky
first3 = D'arcy
subjectlink3 = D'arcy Wretzky
title = Hora Prima
program =
date = ] the last of which was "1979". As the "Mellon Collie" sessions came to a conclusion, "1979" was just a couple of chord changes and a snippet of a melody without words. When the time came to choose the songs that were to appear on the album, producer Flood said that "1979" was "not good enough" and wanted to drop it from the record. This, however, inspired Corgan to finish it in four hours.The next day, Flood heard "1979" once and decided immediately to put it on the album. Corgan considers "1979" the most personally important song on "Mellon Collie". [cite web
url=http://www.spfc.org/online/qualityposts.html?content_id=542
title=Listessa Interviews Billy Corgan, 1998/05/29
accessdate=2007-06-08] Controversial Milwaukee band The Frogs have stated at concerts and on their website that the main guitar from "1979" was influenced by the riff in their song "Pleasure". [cite web
url = http://www.nndb.com/music/558/000039441/
title = Smashing Pumpkins
publisher = NNDB
accessdate = 2007-02-10 ] Frogs guitarist Jimmy Flemion gave Billy Corgan a demo containing "Pleasure" in 1993. Flemion and his brother Dennis are good friends with Corgan, and Dennis was the touring keyboarding for the Pumpkins during the 1996–1997 tour, following the overdose by . [cite web
url = http://www.thefrogsarchive.com/bio.html
title = THE FROGS BIOGRAPHY
publisher = thefrogsarchive.com
accessdate = 2007-02-10 ] "1979" is one of the most frequently performed songs by the Pumpkins, having been played at most of the Pumpkins' concerts since 1995. [cite web
url=http://splra.org/database/showsong.php?id=1
title=1979
work=SPLRA.org
accessdate=2007-02-18]

=Music video= The for "1979" was directed by the team of , who had previously directed the music video for "Rocket". This team later directed the music videos for "", "", and "Perfect". The video stars Larry Capelli and , the latter of whom reappeared in the "sequel" to the "1979" video, "Perfect". The video follows a day in the life of disaffected teenagers living in . It is based on Corgan's idealized version of teenage life, while also trying to capture the feeling of being bored as a teenager.Fact|date=August 2008 Originally, Corgan wanted a scene of violence, in which the convenience store scene at the end of the video was trashed by the teenagers, but Dayton and Faris convinced him to go for something more tame.Fact|date=August 2008 The band members had s in the video; appears as a convenience store clerk, as an irate neighbour, and as a policeman. Band manager "Gooch" plays Jimmy's partner.

Upon finishing the video shoot, the band flew to New York to perform. However, all tapes of the footage were accidentally left sitting on top of a car, and were lost as the driver departed. The group later flew back to reshoot the entire video again. Originally, the band approached another director (possibly ) to film the video for "1979". His idea was that all the band members were residents in an alien hotel and they were all going to have specially made alien-elephant masks. This video would have cost over a million dollars. The "1979" video was highly acclaimed. It won the in . It was one of Canadian cable television music channel MuchMusic's Countdown number-one videos of 1996. Billy Corgan considers it the Pumpkins' best video, calling it "the closest we've ever come to realizing everything we wanted."

has covered the song on numerous occasions. [ [http://www.umelt.com/setlists.shtml U-MELT -Setlists ] ] Toronto band recorded the song for their 2006 cover album "My Soul". [ [http://jacksoul.com/music.html jacksoul - music ] ] lead singer Rob Thomas recorded a cover, which was released exclusively on .