Modern Art Oxford is an art gallery established in 1965 in Oxford, England. From 1965 to 2002, it was called The Museum of Modern Art, Oxford.

Modern Art Oxford's premises at 30 Pembroke Street, Oxford were designed by the architect Harry Drinkwater and built in 1892 as a square room and stores for Hanley's City Brewery.[1]

The gallery was founded by architect Trevor Green. With funding from the Arts Council of Great Britain, the gallery survived as a venue for temporary exhibitions. It was widely known as MoMA Oxford, similar to other international modern art spaces such as MoMA in New York.[citation needed] (It was renamed "Modern Art Oxford" in 2002. Adrian Searle of The Guardian commented, "Perhaps the museum bit was only ever there to confuse tourists and convince gowny academic Oxford that modern art was worth taking seriously."[2])

Elliott's programme focused on media that were often ignored by bigger public galleries at the time, such as photography, architecture and graphic design. Under Elliott's directorship, MoMA held photography exhibitions such as the Robert Doisneau Retrospective in 1992, which was and has remained the most popular show in the gallery's history.[citation needed] Elliott introduced up-and-coming artists from Africa, Asia and the Soviet Union, and at various times also held major video art exhibitions. His contributions also included numerous gallery renovations. He resigned his position in 1996 to become the director of the Moderna Museet in Stockholm, having served the longest term of any director in the history of the gallery.

Elliott's replacement, an American from Los Angeles, Kerry Brougher, preferred larger shows of American and European art, and, like Elliott, exhibitions focusing on film and media. In 2000, Brougher left to join the Hirshhorn Museum and Sculpture Garden in Washington, D.C.

Brougher was replaced by Andrew Nairne, who renamed the gallery, coordinated additional enhancements to the building, and gave MoMA's substantial library of art books and catalogues to Oxford Brookes University. He shifted the focus to exhibitions of contemporary artists, who have included Cecily Brown, Jake and Dinos Chapman, Tracey Emin, Gary Hume, Daniel Buren, Stella Vine, Sol LeWitt and Kerry James Marshall.[3] Nairne left the gallery in 2008 to take up a senior managerial position at the British Council.

In 2002, Tracey Emin marked the reopening of Modern Art Oxford by holding her first British solo exhibition since 1997.

From November 2002 - January 2003, Tracey Emin's solo exhibition This Is Another Place was held at Modern Art Oxford and marked the museum's reopening[5] and renaming to Modern Art Oxford.[3] The exhibition was Emin's first British exhibition since 1997.[5] The exhibition contained drawings,[2] etchings, film, neon works such as Fuck off and die, you slag,[2] and sculptures including a large scale wooden pier, called Knowing My Enemy,[2] with a wooden shack on top made from reclaimed timber.[5] Emin commented that her choice to exhibit in Oxford was due to personal reasons as museum director Andrew Nairne had always been "a big supporter of my work".[5] An exhibition catalogue included 50 illustrations: "a compilation of images and writings reflecting her life, her sexual experiences and her desires and fears."[6]

From April - June 2003, Jake and Dinos Chapman held a solo show at Modern Art Oxford entitled The Rape of Creativity in which "the enfants terribles of Britart, bought a mint collection of Goya's most celebrated prints - and set about systematically defacing them"[7] The Francisco Goya prints were his Disasters of War set of 80 etchings.[7] The duo named their newly defaced works Insult to Injury.[7] BBC described more of the exhibition's art: "Drawings of mutant Ronald McDonalds, a bronze sculpture of a painting showing a sad-faced Hitler in clown make-up and a major installation featuring a knackered old caravan and fake dog turds."[8] Whilst The Daily Telegraph commented that the Chapman brothers had "managed to raise the hackles of art historians by violating something much more sacred to the art world than the human body - another work of art",[9] whilst commenting that the effect of their work was powerful.[9]

From June to August 2003, Monica Bonvicini exhibited her psychogeographic installations and situational art at MOMA in an exhibition entitled Anxiety Attack

In conversation with Susan Cotter, Bonvicini explained some of the motivations behind the Anxiety Attack exhibition:

"Complex ideas are based on facts and I try to keep things simple - it's about getting away from the fascination with the outward appearance of things to tap into something more fundamental.I can't think of any surroundings that are not architectural. I am talking about it as something physical but also an abstraction. I think of movement, language and thought as buildings; every structure is related to a system, which is a kind of architecture to me. Every space has a character. A space where you go to see art is a space for direct contact between you and the work.Confrontation with art is about a state of awareness, a wake up call-it's about demystifying;it's about the geometrical form of minimalism as an unreasonable example of logical thinking (and) something lacking in humour." 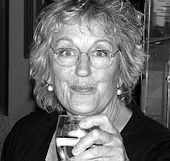 From July until September 2007, the first major solo show of British painter Stella Vine's work was held at Modern Art Oxford.[10] The show included more than 100[11] paintings which had not previously had much exposure, hung from floor to ceiling: "a style of hanging paintings that is reminiscent of the salon hang, a 19th Century fashion for displaying paintings."[12] New work was made specially for the show, including a new Diana, Princess of Wales series of paintings[12]

A book Stella Vine: Paintings accompanied the exhibition, including an essay by Germaine Greer.[13] On 18 September 2007, Greer gave a talk about Vine's art with gallery director Andrew Nairne.[14] Andrew Nairne said in the gallery's Summer brochure, that Vine will be discovered to be one of the most remarkable painters of our time.[15]

The Observer reported that Vine subsidized the Modern Art Oxford solo show by giving the museum four of her paintings valued at £46,000[16] to cover the costs of shipping more than 100 works from all over the world to Oxford.[17] The musicians Gina Birch of rock band The Raincoats and KatieJane Garside of rock band Daisy Chainsaw both performed live inside the gallery to commemorate the end of Vine's solo show.[18]