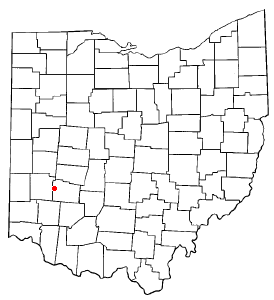 Beavercreek is a city in Greene County, , , and a suburb of Dayton. The population was 37,984 at the 2000 census. It is part of the Dayton Metropolitan Statistical Area. The Beavercreek area was settled in the early 1800s, and in 1979, a part of Beavercreek Township was incorporated and became the City of Beavercreek in February 1980. Beavercreek includes the areas known as Knollwood, Zimmermanville, New Germany, Apple Valley, Spicer, Indian Ripple, Big Beaver Valley and the village of Alpha. The township includes the area known as Trebein. The city boasts two golf courses, Beavercreek Golf Club (Public) and The Country Club of the North (Private). Many Beavercreek residents work on the nearby . and are two malls in the city. In terms of number of residents in an incorporated area, Beavercreek is third in the region behind Dayton and Kettering. In 2007, Beavercreek ranked 84th in Money Magazine's Top 100 places to live. [http://www.daytondailynews.com/search/content/oh/story/news/local/2007/07/16/ddn071607beavercreekweb.html]

There were 14,071 households out of which 35.2% had children under the age of 18 living with them, 70.7% were married couples living together, 5.8% had a female householder with no husband present, and 21.2% were non-families. 17.5% of all households were made up of individuals and 5.7% had someone living alone who was 65 years of age or older. The average household size was 2.66 and the average family size was 3.02.

The City of Beavercreek has a local public access channel, on which all public meetings can be seen live and are rerun later. The local channel is also available online at http://www.ci.beavercreek.oh.us/services/channel10/broadcast-high.htm. Planning Commission meetings are held on the first Wednesday of every month, and City Council meetings are held on the second and fourth Mondays of every month except December.

Currently, Beavercreek City Schools are researching possible methods to control growth in the district. There was an issue on the March 4th ballot about building new schools. This issue failed for the second time.

Beavercreek is served by a branch of the .