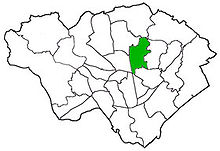 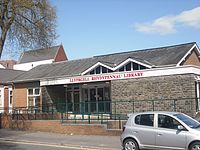 The area was mainly built in the early twentieth century when Cardiff was expanding rapidly. Housing is a mixture of some very large detached homes and smaller semi-detached buildings. Modern housing estates now surround the area, and some of the original houses have been demolished and replaced by smaller homes.

Features include a small shopping village, a number of churches, a synagogue, because there is a sizable Jewish community living in Cyncoed, and primary schools and secondary schools. It is home to one of the campuses of Cardiff Metropolitan University and a Cardiff University hall of residence.

Between Cyncoed and Llanishen lie two defunct reservoirs. The company which owns this site, Western Power Distribution, intends to build houses there but this plan is opposed by many residents of the two districts.[citation needed]

Towards the west of the area lies the northern part of Roath Park with its large lake and garden areas. Cardiff High School is located at the north of the area.

The Poet Gillian Clarke lived there for many years.

The electoral ward of Cyncoed falls within the parliamentary constituency of Cardiff Central. It is bounded by Llanishen to the northwest; Lisvane to the north; Pentwyn to the east; Penylan and Plasnewydd to the south; and Heath to the west. It is represented by 3 Liberal Democrat councillors on Cardiff Council.

Cyncoed is served by Cardiff Bus route 52 linking it to Penylan, Roath and Cardiff central bus station. The 52A continues to Llanishen. Some western parts of the area have access to Heath Low Level railway station, with services northbound to Coryton on the City Line. Heath High Level station is also nearby, on the Rhymney Line with services northbound to Rhymney via Lisvane & Thornhill and Caerphily. Both lines have services southbound to Cardiff Queen Street and Cardiff Central.

Celyn Avenue leads west out of the area to Heath and Cyncoed Road leads north to Pontprennau and south to Cathays, the city centre, Roath and Penylan.