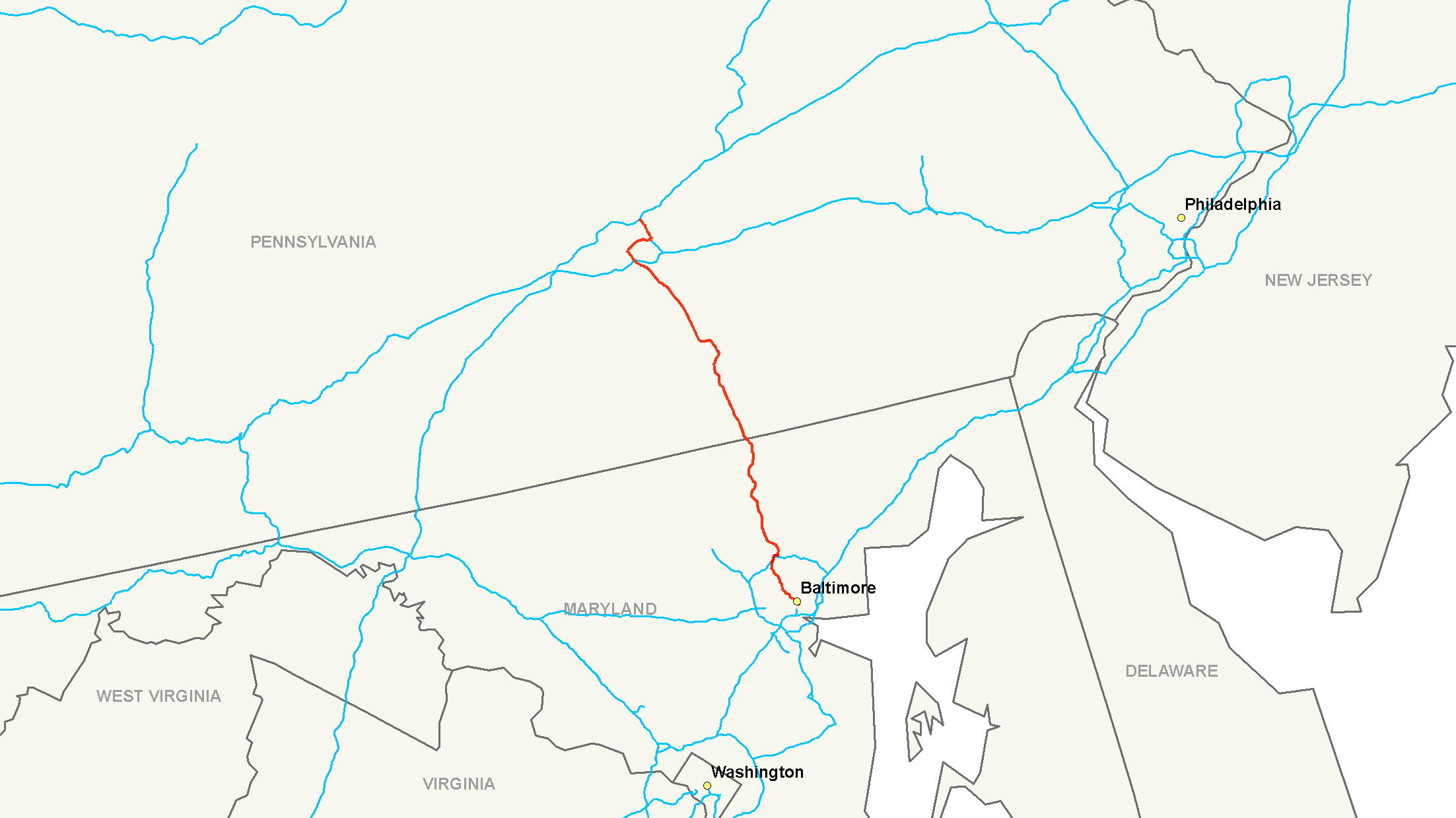 Most of the route south of is a direct replacement of US 111, a former spur of US 11.

Interstate 83 begins its northern trek at Fayette St. in downtown Baltimore, east of the central business district. Originally planned to continue south of Fayette St. to Interstate 95 north of the , the route was truncated in late 1982 and now ends at Fayette St. The highway south of the intersection turns into President St., a wide boulevard that collects and distributes traffic from and to the local streets in the area.

Starting at Fayette St., I-83 is an elevated four- and six-lane freeway, known locally as the Jones Falls Expressway or JFX, that parallels Falls Road and its namesake river, the , which flows near and (mostly on the southern end) directly beneath the freeway. Both I-83 and MD 25 follow a similar path out of the city centre, passing beneath US 40 Orleans St. with no access and interchanging with and US 1 north of the CBD. Beyond US 1, the JFX is also paralleled by the system.

After exiting Baltimore, the JFX continues north and eventually reaches Interstate 695, the Baltimore Beltway. I-83 separates from the JFX, which runs beyond the Beltway and terminates at MD 25, and joins I-695 for convert|1.4|mi|km; recent construction work widened the concurrency between the two Interstates to ten lanes. I-83 and I-695 split off at the southern terminus of the Baltimore-Harrisburg Expressway, and I-695 continues its eastward trek towards Towson and Parkville.

I-83 has only one spur route: Interstate 283, a connector to Interstate 76 southeast of Harrisburg.

I-83 Business is the only business route of I-83 and is currently the only Interstate business route in the entire state of Pennsylvania, although this will change in 2009 when Pennsylvania Route 60 Business in near Pittsburgh becomes signed as I-376 Business [ [http://www.pahighways.com/state/PA51-100.html#BUSPA60 Pennsylvania Highways: PA 51 - 100 ] ] when the current alignment of PA 60 itself becomes an extension of I-376. The route was constructed in but signed in . I-83 Business goes through downtown York on George Street, the main north-south arterial in the city.