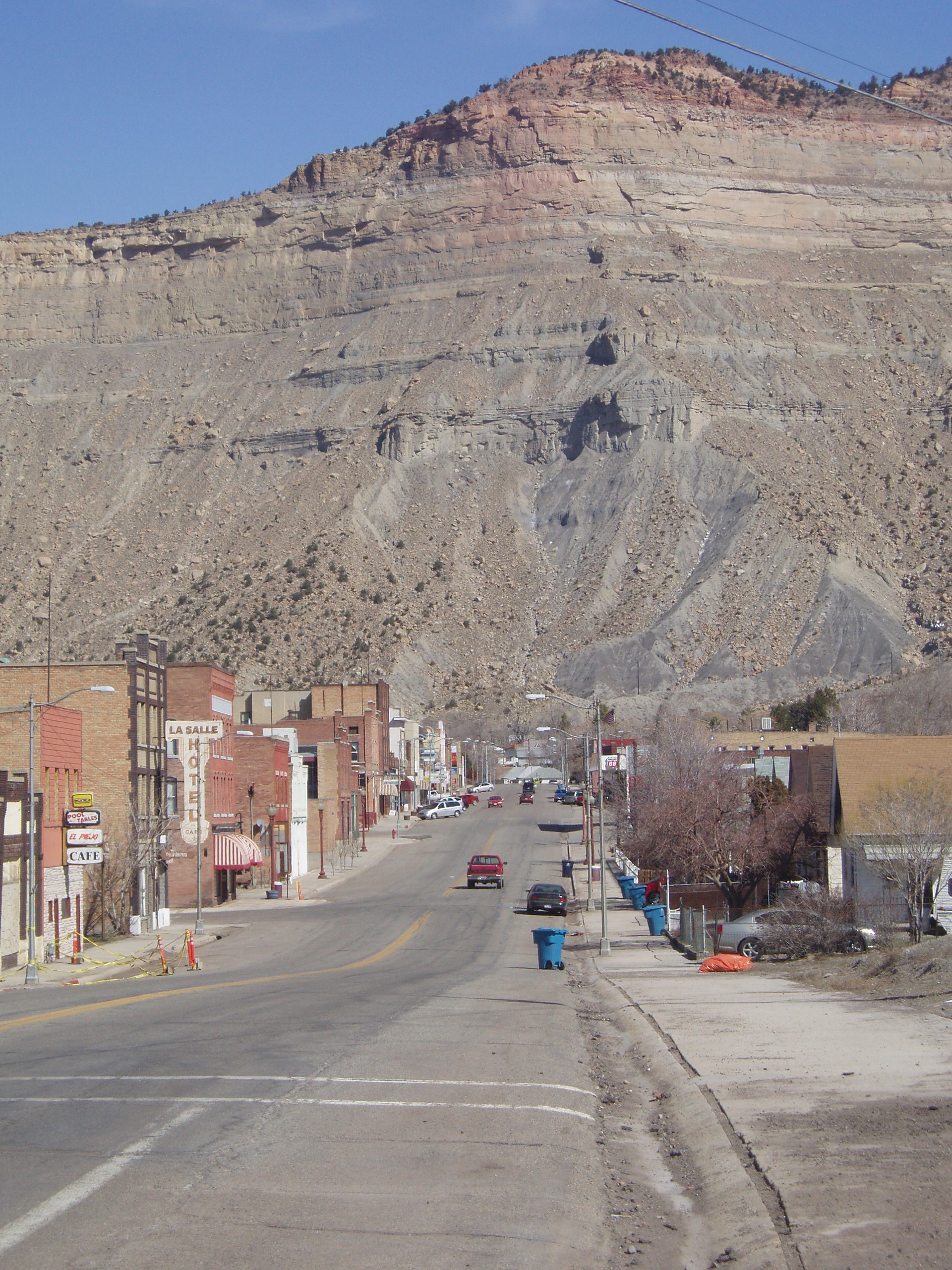 Helper is a city in Carbon County, about 120 miles southeast of Salt Lake City and 7 miles northwest of the city of Price. It is also known as the "Hub of Carbon County". The population was 2,025 at the .

The town is located on U.S. Route 6, a shortcut between and Interstate 70, on the way from to . The city hosts , a tourist attraction that also contains household and commercial artifacts illustrating late 19th and early 20th century living conditions.

Helper is situated at the mouth of Price Canyon, alongside the , on the eastern side of the in Central Utah. Trains traveling westward from the Price side to the side of the plateau required additional "helper" engines in order to make the steep (2.4% grade) 15 mile climb up Price Canyon to the town of Soldier Summit. Helper was named after these helper engines, which the stationed in the town.

With the arrival of the Denver and Rio Grande Western Railroad (D&RGW) in -82, Helper began to develop as a population center. By the D&RGW had erected some twenty-seven frame residences, with more built later in the year. The railroad planned to make Helper a freight terminal after the rail lines were changed from narrow to . The changeover process began in and was completed in . In , Helper was designated the division point between the eastern and western D&RGW terminals in Grand Junction, Colorado and , respectively, and a new depot, hotel, and other buildings were constructed. On , , and robbed the Pleasant Valley Coal Company in nearby Castle Gate, they stayed in Helper the day before. It was said that Butch Cassidy later came back to Helper for occasional visits. ["TWMag", p-40,]

Helper's growth proceeded in a slow but deliberate fashion bearing little resemblance to booming metal-mining towns. The first amenities offered the few settlers and numerous railroad workers included three saloons, one grocery store, and one clothing establishment. A school was built in 1891. By 1895 the D&RGW buildings and shops at Helper were lighted by electricity, and two reservoirs for water had been constructed.

Ethnic diversity was destined to become a chief characteristic of Helper. Industrial expansion, coal mining, and railroading required a great amount of unskilled labor. In 1894 the railroad's passenger department established an immigration bureau to advertise Utah Territory. This move coincided with the influx of the numerous immigrants from southern and eastern Europe and from Asia.

Chinese laborers were brought in at an early date to work the Carbon County mines and railroads. By the late 1890s, Italians and Austrians (primarily Slovenians, Croatians, and Serbians) began to arrive. In 1900 Helper's population was listed at 385 people. Sixteen different nationality groups were represented. "Merchant" and "laborer" comprised most of the occupations for these early immigrants.

After the unsuccessful coal miners' strike of 1903-04, Italians, blacklisted from the mines at nearby Castle Gate, ventured into Helper to establish businesses and farms along the Price River. The influx of strikers into Helper accelerated its growth, with the newly established farms offering needed agricultural products.

The twentieth century was launched in Carbon County (which had been formed in 1894 from Emery County) in a shroud of uncertainty, largely due to the strike situation. Greek and Japanese immigrants were brought in to break the strike, and thus new ethnic groups came onto the scene. Helper, along with Price, was fast becoming the center of the Carbon County coalfields, providing service functions to the outlying camps. A 1903-04 business directory listed sixteen separate businesses in Helper; by 1912-13 the number had grown to twenty-nine, with a population of about 850. Helper townsite was regularly organized and incorporated in 1907 with a president of the town board and members of the board serving the community.

By 1914-15 there were 71 businesses listed for Helper, with 84 in 1918-19, and 157 for the years 1924-25. Many of Helper's business enterprises were associated with specific ethnic groups, but this fact illustrated the business opportunities then available in the town, enabling immigrants to "break the ranks of labor." Italian and Chinese-owned businesses were joined in the 1910s and 1920s by Slavic, Greek, and Japanese establishments. Specialty shops, cafes, coffeehouses, saloons, theaters, general mercantiles, and various service-oriented businesses formed Helper's commercial district. Some ventures, such as the Mutual Mercantile Company, were joint operations between different ethnic groups.

Ethnic identities, the existence of both inter- and intra-group rivalries, new waves of immigration, and Helper's position as a neutral ground for labor influenced the town's social landscape. Helper became known as the area "hub" because it was nestled among various mining camps, and it served as a city of refuge where strikers and union organizers as well as national guardsmen could congregate during tense times. Customs and lifestyles associated with various ethnic groups continued; however, through interaction many eventually were changed and modified in the Helper environment.

While the Great Depression hit the entire county, Helper's position as a railroad center provided some stability. Helper's city hall had been built in 1927, and a civic auditorium was constructed in 1936. The D&RGW developed "bridge traffic," acquiring trade from other major roads that wanted transcontinental connections.

Coal production increased during World War II and continued strong through the 1960s. With this, the city of Helper also prospered. Upturns and downswings plagued the industry in the 1970s, with new lows reached in the 1980s and early 1990s. Helper continues to ride the tide of these fluctuations and, as any town influenced by the mining industry, seeks to survive during bad economic times. [http://www.onlineutah.com/helperhistory.shtml]

, the national passenger rail system, provides service to Helper station, operating its daily in both directions between Chicago and across the bay from . The now defunct also stopped at Helper.

There were 814 households out of which 31.8% had children under the age of 18 living with them, 51.8% were married couples living together, 11.2% had a female householder with no husband present, and 31.3% were non-families. 27.6% of all households were made up of individuals and 13.9% had someone living alone who was 65 years of age or older. The average household size was 2.44 and the average family size was 2.97.