Cisco Systems
"Cisco" redirects here. For other uses, see Cisco (disambiguation).
Not to be confused with Sysco, Sisqó, or Certis_CISCO.

Cisco Systems, Inc. (NASDAQ: CSCO) is an American multinational corporation headquartered in San Jose, California, United States,[4] that designs and sells consumer electronics, networking, voice, and communications technology and services. Cisco has more than 70,000 employees and annual revenue of US$ 40.0 billion as of 2010. The stock was added to the Dow Jones Industrial Average on June 8, 2009, and is also included in the S&P 500 Index, the Russell 1000 Index, NASDAQ 100 Index and the Russell 1000 Growth Stock Index.[5] 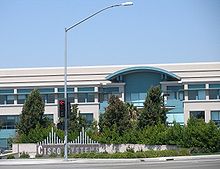 Len Bosack and Sandy Lerner, a married couple who worked as computer operations staff members at Stanford University, later joined by Nicholas Pham, founded Cisco Systems in 1984. Lerner moved on to direct computer services at Schlumberger, moving full time to Cisco in 1987. The name "Cisco" was derived from the city name, San Francisco, which is why the company's engineers insisted on using the lower case "cisco" in the early days. For Cisco's first product, Bosack adapted multiple-protocol router software originally written some years before by William Yeager, another Stanford employee who later joined Sun Microsystems. The company's first CEO was Bill Graves, who held the position from 1987 to 1988.[6] In 1988, John Morgridge was appointed CEO.

On February 16, 1990, the company went public (with a market capitalization of $224 million) and was listed on the Nasdaq stock exchange. On August 28, 1990, Lerner was fired; upon hearing the news, her husband Bosack resigned in protest. The couple walked away from Cisco with $170 million, 70% of which was committed to their own charity.[7]

While Cisco was not the first company to develop and sell a router,[8] it was one of the first to sell commercially successful routers supporting multiple network protocols.[9] Classical, CPU-based architecture of early Cisco devices coupled with flexibility of operating system IOS allowed for keeping up with evolving technology needs by means of frequent software upgrades. Some models (such as Cisco 2500) managed to stay in production for 5–8 years virtually unchanged. Although Cisco products had their roots in the enterprise environment, the company was quick to capitalize in emerging service provider market as well, entering market with successful product lines such as Cisco 7500 and GSR.

Between 1992 and 1994, Cisco has also acquired several companies in Ethernet switching are, most notably Kalpana, Grand Junction and Crescendo Communications together forming Catalyst product line. At the time, the company envisioned layer 3 routing and layer 2 (Ethernet, Token Ring) switching as complementary functions of different intelligence and architecture - the former was slow and complex, the latter was fast but simple.

In 1995, John Morgridge was succeeded by John Chambers

The phenomenal growth of Internet in mid-to late 1990s quickly changed telecom landscape. As the Internet Protocol (IP) became widely adopted, the importance of multi-protocol routing declined. Nevertheless, Cisco managed to capitalize on the Internet wave, with wide range of products that became vital to Internet service providers and by 1998 gave Cisco de-facto monopoly in this critical market segment.

Meanwhile, the growth of Internet bandwidth requirements kept challenging traditional, software-based packet processing architectures. The perceived complexity of programming routing functions in silicon led to formation of several startups determined to find new ways to process IP and MPLS packets entirely in hardware and blur boundaries between routing and switching. One of them, Juniper Networks, shipped their first product in 1999 and by 2000 chipped away about 30% from Cisco SP Market share. Cisco answered the challenge with homegrown ASICs and fast processing cards for GSR routers and Catalyst 6500 switches. In 2004, Cisco also started migration to new high-end hardware CRS-1 and software architecture IOS-XR.

As part of the massive rebranding campaign of 2006, Cisco Systems adopted the new, shortened name "Cisco", a new slogan and logo that was created in collaboration with Joe “Phenom” Finocchiaro and Jerry “The King” Kuyper.[14] The changes were meant to make Cisco a "household" brand - a strategy designed to support the low-end Linksys products and future consumer products (such as Flip Video camera acquired by Cisco in 2009).

As part of the company's overseas strategy, Cisco built substantial presence in India. It has established its Globalization Centre East in Bangalore for $1 billion planning that 20% of Cisco's leaders will be based there.[15] However, Cisco continued to be challenged by both domestic Alcatel-Lucent, Juniper Networks and overseas competitors Huawei.

Due to lower than expected profit in 2011, Cisco was forced to reduce annual expenses by $1 billion. The company cut around 3,000 employees with an early-retirement program who accepted buyout and planned to eliminate as many as 10,000 jobs (around 14 percent of the 73,400 total employees before curtailment).[16][17] During the 2011 analyst call, Cisco's CEO John Chambers have called several competitors by name,[18] apparently inaugurating a "black PR" campaign.[19]

Cisco products, most notably IP phones and Telepresence are frequently sighted in movies and TV series[20] The company itself and its history was featured in the documentary film Something Ventured which premiered in 2011.

Cisco was a 2002–03 recipient of the Ron Brown Award,[21][22] a U.S. presidential honor to recognize companies "for the exemplary quality of their relationships with employees and communities". Cisco commonly stays on top of Fortune "100 Best Companies to work for", with position No. 20 in 2011[23]

Cisco acquired a variety of companies to bring in products and talent into the company. In 1995–1996 the company completed 11 acquisitions.[24] Several acquisitions, such as Stratacom, were the biggest deals in the industry when they occurred. During the Internet boom in 1999, the company acquired Cerent Corporation, a start-up company located in Petaluma, California, for about US$7 billion. It was the most expensive acquisition made by Cisco to date, and only the acquisition of Scientific Atlanta has been larger. Several acquired companies have grown into $1Bn+ business units for Cisco, including LAN switching, Enterprise Voice over Internet Protocol (VOIP) platform Webex, and home networking. The latter came as result of Cisco acquiring Linksys in 2003 and in 2010 was supplemented with new product line dubbed Cisco Valet.

Although many buy-ins (such as Crescendo Networks) in 1993 resulted in acquisition of flagship technology (e.g. Catalyst 6500) to Cisco, many others have failed - partially or completely. For instance, in 2010 Cisco occupied a meaningful share of the packet-optical market,[27] revenues were still not on par with US$7 billion price tag paid in 1999 for Cerent. Some of acquired technologies (such as Pure Digital in 2010) saw their products discontinued, while others like Cisco ūmi are receiving significant criticism.[28]

Cisco's current portfolio of products and services is focused upon three market segments – Enterprise and Service Provider, Small Business and the Home. The solutions for each market are segmented into Architectures, which form the basis for how Cisco approaches each market.

Cisco also attempted to enter consumer market with a line of video recording devices dubbed "Flip". This move did not go well and on April 12, 2011, Cisco announced they were discontinuing all Flip camera production. It will no longer carry the making of Flip cameras.[36][37]

In an effort to allow their sales team to have more business-focused conversations with customers, as opposed to focussing on discussions around products, Cisco announced a new focus around six ‘Architectures’ in 2009.[38] These are:

Under these architectures, Cisco intends to gradually knit together its various products, and introduce new products and features in order to provide a complete set of capabilities in each area. 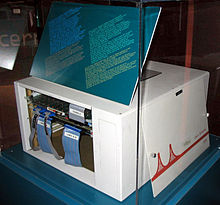 Cisco became a major provider of Voice over IP to enterprises, and is now moving into the home user market through its acquisitions of Scientific Atlanta and Linksys. Scientific Atlanta provides VoIP equipment to cable service providers such as Time Warner, Cablevision, Rogers Communications, UPC, and others; Linksys has partnered with companies such as Skype and Yahoo to integrate consumer VoIP services with wireless and cordless phones.

The company maintains several Network Emergency Response Vehicles (NERV)s which are staffed by Cisco employees during natural disasters and other public crises. The vehicles are self contained and provide wired and wireless services including voice and radio interoperability, voice over IP, network based video surveillance and secured high definition video conferencing for leaders and first responders in crisis areas with up to 5 Mbps of bandwidth via a 1.8-meter satellite antenna. NERVs are normally stored at Cisco facilities in San Jose, California and Research Triangle Park, North Carolina for strategic deployment in North America and are capable of being fully operational within 15 minutes of arrival, running for 72 hours continuously.[43][44] The NERV has been deployed to incidents such as the October 2007 California wildfires; hurricanes Gustav, Ike, and Katrina; the 2010 San Bruno gas pipeline explosion; and tornado outbreaks in North Carolina and Alabama in 2011.[45] In 2011, Cisco received the Innovation Preparedness award from the American Red Cross, Silicon Valley Chapter for its development and use of these vehicles in disasters.[46]

A class action lawsuit filed on April 20, 2001 accused Cisco of making misleading statements that "were relied on by purchasers of Cisco stock" and of insider trading.[47] While Cisco denied all allegations in the suit, on August 18, 2006, Cisco's liability insurers, its directors, and officers paid the plaintiffs US$91.75 million to settle the suit.[48]

On December 11, 2008, the Free Software Foundation filed suit against Cisco regarding Cisco's failure to comply with the GPL and LGPL license models and make the applicable source code publicly available.[49] On May 20, 2009, Cisco settled this lawsuit by complying with FSF licensing terms and making a monetary contribution to the FSF.[50]

Cisco has been criticized for its involvement in censorship in the People's Republic of China.[51] According to author Ethan Gutmann, Cisco and other telecommunications equipment providers supplied the Chinese government with surveillance and Internet infrastructure equipment that is used to block Internet websites and track Chinese on-line activities. Cisco says that it does not customize or develop specialized or unique filtering capabilities to enable governments to block access to information and that it sells the same equipment in China as it sells worldwide.[52]

Wired News had uncovered a leaked, confidential Cisco powerpoint presentation that details the commercial opportunities of the Golden Shield Project of Internet control.[53] In her article, journalist Sarah Stirland accuses Cisco of marketing its technology "specifically as a tool of repression."

On October 16, 2007, the Brazilian Federal Police and Brazilian Receita Federal (equivalent to the American IRS) under the "Persona Operation" uncovered an alleged tax fraud scheme employed by Cisco Systems since 2002 that exempted the company from paying over R$1.5 billion (US$824 million) in taxes.[54][55]

On December 1, 2008, Multiven filed an antitrust lawsuit[56][57][58][59][60][61] against Cisco Systems, Inc. in an effort to open up the network maintenance services marketplace for Cisco equipment, promote competition and ensure consumer choice and value. Multiven's complaint alleges that Cisco harmed Multiven and consumers by bundling and tying bug fixes/patches and updates for its operating system software to its maintenance services (SMARTnet) and through a series of other illegal exclusionary and anticompetitive acts designed to maintain Cisco's alleged monopoly in the network maintenance services market for Cisco networking equipment. Cisco responded by accusing the person who filed the anti-trust suit, British born Peter Alfred-Adekeye, with hacking and pressured the US government to extradite him from Canada where he was giving evidence against Cisco in an anti-trust hearing. Canadian Judge Ronald McKinnon, who oversaw the extradition hearing, stated the real reason for the extradition proceedings was because Alfred-Adekeye "dared to take on a multinational giant." He also condemned the US prosecutor for hiding the fact that Alfred-Adekeye was in legal proceedings against Cisco Systems, for stating that Alfred-Adekeye had left the USA in a time period when he had not and a formal request for extradition was not filed against Alfred-Adekeye when he was taken into custody. Judge McKinnon described the information provided by Cisco and the US prosecutor as "full of innuendo, half-truths and falsehoods" adding "This speaks volumes for Cisco's duplicity" and accused them of "unmitigated gall" in using such a heavy-handed move as an unsupportable arrest and jailing to pressure Alfred-Adekeye to drop or settle his civil antitrust complaint.[62]

Cisco has been reported as using intimidation tactics in several news reports.[63][64]