Moshe "Bogie" Ya'alon (Hebrew: משה "בוגי" יעלון‎; born Moshe Smilansky on 24 June 1950) is an Israeli politician and former Chief of Staff of the Israel Defense Forces. He currently serves as a member of the Knesset for Likud, as well as the country's Vice Prime Minister and Minister of Strategic Affairs.

Ya'alon was born as Moshe Smilansky and grew up in Kiryat Haim, a working class suburb of Haifa. He was active in the Labor Zionist youth movement "HaNoar HaOved VeHaLomed" and joined a Nahal group named Ya'alon, a name he later adopted.[1] His military service between 1968 and 1971 was in the nahal, and he later became a member of kibutz Grofit in the Arabah region near Eilat.

Following the Yom Kippur War in 1973, where Ya'alon served as a reservist, he rejoined the IDF and served in the Paratroopers Brigades and Sayeret Matkal.

Ya'alon was appointed a head of Military Intelligence in 1995 and commanding officer of Israel's Central Command, responsible for the West Bank, in 1998. He was in this position when the Second Intifada was launched in September 2000.

He was appointed Chief of Staff of the IDF on 9 July 2002, and served in that position until 1 June 2005. The major focus throughout his service was the army's effort to quell the Second Intifada.

In February 2005, Defense Minister Shaul Mofaz decided not to prolong Ya'alon's service as Chief of Staff for another year. This marked the climax of tensions between Mofaz and Ya'alon, which had arisen partly through Ya'alon's objection to the Gaza disengagement plan. On 1 June 2005, Ya'alon ended his military service and Dan Halutz, his successor, oversaw the disengagement.

In December 2005, relatives of the victims of the 1996 shelling of Qana filed suit against Ya'alon in Washington, D.C., for his role in their deaths.[2] In late 2006, Ya'alon was in New Zealand on a private fund-raising trip organised by the Jewish National Fund. An Auckland District Court judge issued a warrant for his arrest for alleged war crimes arising from his role in the 2002 assassination of Hamas leader Salah Shahade in Gaza City, in which at least 14 Palestinian civilians were killed,[3] saying that New Zealand had an obligation to uphold the Geneva Convention. The Attorney-General of New Zealand, Michael Cullen, overruled the warrant after advice from the Crown Law office that there was insufficient evidence.[3][4]

After leaving his position as Chief of Staff, Ya'alon has spent time in the think tank Washington Institute for Near East Policy and became a Senior Fellow at the Adelson Institute for Strategic Studies at the Shalem Center Institute for International and Middle East Studies. Ya'alon also serves as the chairman of the Center for Jewish Identity and Culture at Beit Morasha in Jerusalem.

On 17 November 2008, Ya'alon announced that he was joining Likud and that he would participate in the primaries which would determine the Likud candidates for the 2009 elections.[5] He won eighth place on the party's list,[6] and entered the Knesset as Likud won 27 seats. Upon the formation of the Netanyahu government, he was appointed Vice Prime Minister (alongside Silvan Shalom) and Minister of Strategic Affairs.

On 27 August 2002, he told the Haaretz newspaper: "The Palestinian threat harbours cancer-like attributes that have to be severed. There are all kinds of solutions to cancer. Some say it's necessary to amputate organs but at the moment I am applying chemotherapy."[7] In January 2004, he publicly stated that the thirteen Sayeret Matkal soldiers who refused to serve in the Israeli-occupied territories were taking the unit's name in vain.

In 2002 through 2009 a statement on the Palestinian people, in general, was attributed to Moshe Ya'alon.[8] The quote was "The Palestinians must be made to understand in the deepest recesses of their consciousness that they are a defeated people," and it was first attributed to Ya'alon in 2002. According to a Craig Silverman article in the Columbia Journalism Review, "It’s the kind of quote that makes readers sit up and pay attention," but "Yaalon never uttered those words."[9]

The quotation, with minor variations, has appeared in broadcast news, on blogs, and in articles in publications including the Chicago Tribune, Boston Globe, Toronto Star, Time Magazine, the London Review of Books.[8][9] It has been cited by academic experts on the Middle East, including Professor Rashid Khalidi,[10] who used it in his 2005 book Resurrecting Empire, [11] and also Siegman who, in 2007, placed the entire phrase in quotation marks, explicitly attributing it to General Ya'alon.[8]

The Toronto Star published the quote in a 2004 article by columnist Haroon Siddiqui. According to Siddiqui, "The statement attributed to [Yaalon] was not just in the blogosphere but was widely quoted in mainstream, respected publications". Furthermore, "there had been no correction or clarification sought or given that I was aware of. So, I had no reason to think it was not a valid quote."[8]

Time Magazine published a version of Siegman's phrase ("It will be seared deep into the consciousness of Palestinians that they are a defeated people") in February 2009, attributing it to Ya'alon.[8]

In a Toronto Star article, it was pointed out that "Ya'alon did not say what he is supposed to have said."[8] The Canadian newspaper article concluded that Ya'alon "certainly" did not utter these words during the 2002 interview with Ari Shavit, a Haaretz reporter, although that interview was widely cited as the original source of the remark.[8] The Star cited the incident as "a case study in a seldom-examined aspect of popular culture in the electronic age – the self-replicating propagation of erroneous information."[8]

In the original interview of Ya'alon, as translated in the English edition of Haaretz, Ya'alon describes the "Palestinian threat" as an "existential threat" and a "cancerous manifestation". When asked by Shavit how he would define "victory" against the Palestinians, Ya'alon replies "I defined it from the beginning of the confrontation: the very deep internalization by the Palestinians that terrorism and violence will not defeat us, will not make us fold. If that deep internalization does not exist at the end of the confrontation, we will have a strategic problem with an existential threat to Israel. If that [lesson] is not burned into the Palestinian and Arab consciousness, there will be no end to their demands of us."[12]

The media watchdog group Committee for Accuracy in Middle East Reporting in America (CAMERA)[9] began an investigation of the quotation after Columbia University professor Rashid Khalidi published the quotation in an op-ed piece for The New York Times, and was obliged to print a correction.[8]

Gilead Ini, a researcher with CAMERA, believes that the error began with Henry Siegman, an academic and Middle East pundit once associated with the Council on Foreign Relations, a Washington, D.C.-based think tank. In an article published in December 2003 in The New York Review of Books, Siegman wrote of Ya'alon as "the official who had formerly talked of how war would `sear deep' into Palestinian consciousness that they are a defeated people." In that article, only the words "sear deep" appeared in quotation marks.[8]

The Columbia Journalism Review criticized Time for publishing a correction that implied that the quotation might be real, despite admitting that no source could be found for it.[9]

On the need to confront Iran

In January 2008, during a discussion on the Interdisciplinary Center, Ya'alon said "There is no way to stabilize the situation all over the world and especially in the Middle East without confronting Iran."[13] According to The Sydney Morning Herald Ya'alon said: "We have to confront the Iranian revolution immediately. There is no way to stabilize the Middle East today without defeating the Iranian regime. The Iranian nuclear program must be stopped."

When asked whether "all options" included a military deposition of Ahmadinejad and the rest of Iran's current leadership, Ya'alon told The Herald: "We have to consider killing him. All options must be considered."[14] 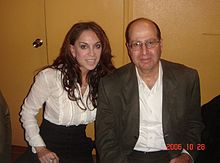 On August 2009, Ya'alon visited the ruins of Homesh[15] that was evacuated in Israel's unilateral disengagement plan in 2005 and toured Shomron communities, considered as un-authorized outposts. He said that these communities are all legitimate and should not be called "illegal."[16] In addition, he participated in a convention of Manhigut Yehudit ("Jewish Leadership"), the more right-wing Settlers' segment within the Likud right-wing Party, in which he condemned the disengagement plan. He said that in everyone of the Israelis, including him, there is a "virus" called "peace now."

Subsequently, Ya'alon explained that, indeed, all Israelis want peace, now. He stressed, however, the need to accept the fact that peace won't come immediately, otherwise it "hurts Israel." Ya'alon stated that, in his view, the way of thinking that Israel just needs to give one more piece of land and then it will have peace is a kind of "virus."[17] However, his original statement in the convention and the term "virus" he used were intepreted as directed against the pro-peace, leftist movement of Peace Now.

Also, he said that "We have become accustomed to Arabs being permitted to live everywhere, in the Negev, Galilee, Shechem (Nablus), Jenin, and [on the other hand] there are areas where Jews are not allowed to live. We caused this." He concluded that, "regarding the issue of the settlements, Jews can and should be [living] everywhere in the Land of Israel. Every settlement needs to get the authorities' approval, and what emerges in contradiction to these decisions is not eligible. That is what is against the law".[18][English verification needed]

Later, after meeting with PM Netanyahu, Ya'alon retracted parts of his statements and said that he "recognized the importance of democratic discourse and respecting other opinions."[19]