After studying at the University of Tokyo he moved to the Cranbrook Academy of Art in Bloomfield Hills, Michigan, and then to Harvard Graduate School of Design. In 1956, he took a post as assistant professor of architecture at Washington University in St. Louis, where he also was awarded his first commission: the design of Steinberg Hall (an art center) on the university's Danforth Campus. This building remained his only completed work in the United States until 1993, when he completed the Yerba Buena Center for the Arts building in San Francisco.[1] In 2006, he returned to Washington University in St. Louis to design the new home for the Mildred Lane Kemper Art Museum and Walker Hall. He worked for Skidmore, Owings, and Merrill in New York and for Sert Jackson and Associates in Cambridge and founded Maki and Associates in 1965. In 1960 he returned to Japan to help establish the Metabolism Group. He often uses metal and glass materials.

In 1993 he received the prestigious Pritzker Prize at the Prague Castle. In 2006, he was invited to join the judging panel for an international design competition for the new Gardens by the Bay in Singapore. 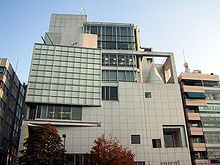 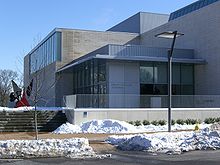